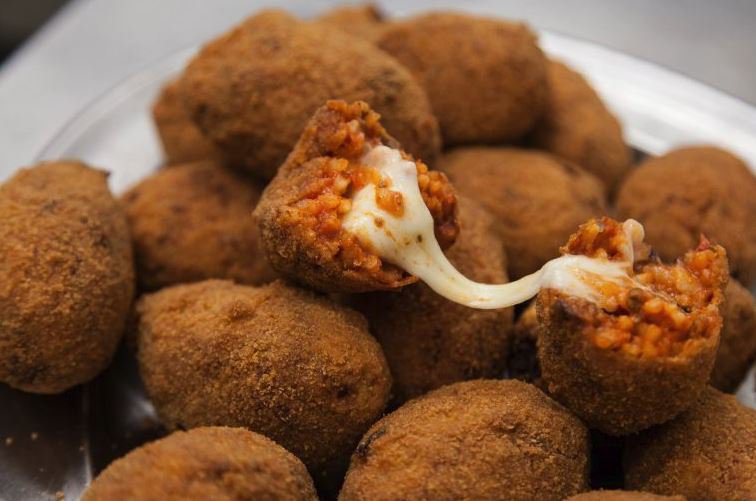 The concept of street food in Rome isn’t new. In recent decades, pizza by the slice joints and supplì vendors have thrived in holes-in-the-wall all over town. But in the past few years, the number of street food spots in Rome selling economical snacks advertised as “street food,” “Cibo di Strada,” is catching all the glamour of the city. There are a lot of delicious street foods that travellers love to carry around while taking different site tours of archaeological landmarks in Rome. Therefore, consumption and innovation in various street joints of the city are booming every day in Rome.  For a variety of economic reasons, food trucks aren’t common in Rome.  But, still, if you want to try the best street foods in Rome follow the given below list of what (and where) to eat in Rome.

List of All The Famous Street Food in Rome Porchetta is a very traditional dish that is prepared in various communities of Rome for a very long time. The towns of Ariccia and Marino southeast of Rome are popular for their Porchetta. This dish is basically deboned, rolled, and roasted pork belly dish of Italian cuisine. When done properly, these bound pork rolls are cooked properly at a low temperature to maintain moisture and maximize flavor. You can get this street food to eat in Rome at any meat joint. Unfortunately, these days industrial porchetta production predominates Rome, and few historic places remain committed to quality. But some shops in town still sell sliced, savory porchetta of delicious quality.

Where to get it: Panificio Bonci sells the best porchetta in town. It’s made by famed pork butcher at his shop in Marino.

Get: The Best Food in Rome Polpette di Bollito is a disc of simmered pulled beef. The patties are the best street foods in Rome and are formed, breaded, and fried. The snack rise as a way for home cooks and restaurants to use leftover meat scraps, which they bind with egg and breadcrumbs. These days, Polpette di Bollito has vanished from Roman menus, but they still served at trattorias like Cesare al Casaletto, Terre e Domus, and Flavio al Velavevodetto. The best Polpette is sold for €2 a piece by Sergio Esposito, a former butcher, at his food stall in the Testaccio Market.

Where to get it: Mordi e Vai, Closes around 3 p.m. Monday through Saturday; closed Sunday. In Italy, pizza appears in an infinite variety of forms. The most common Roman style is pizza al Taglio (pizza by the slice). The dough is placed in rectangular iron pans, topped, and baked. Then the slices are reheated and sold by weight. By design, it is a cheap snack, so to keep prices down, most places save some ingredients. There is a small street food spot in Rome but a growing number of places that balance quality and profit are making these delicious joints out of business.

Where to get it: Pizzarium, Avoid visiting during lunch between 12:30 and 2 p.m. The shop closes in the afternoon on Sundays but reopens in the evening.

Get: Best Pizza Restaurants in Rome Locals tell that supplì, fried rice balls, were introduced by the French during the reign of Napoleon. Regardless of origins, this elongated croquette is among the best Rome street foods. Not to be confused with spherical arancini, Roman supplì features seasoned rice packed around a bit of mozzarella, which melts when the whole supplì is deep-fried. The classic rice flavorings are meat sauce or ground pork with gizzards, but the recent pizza by the slice shops have offered different twists, even occasionally swapping out rice for pasta.

Where to get it: Supplizio: Try the potato and croquettes, too. 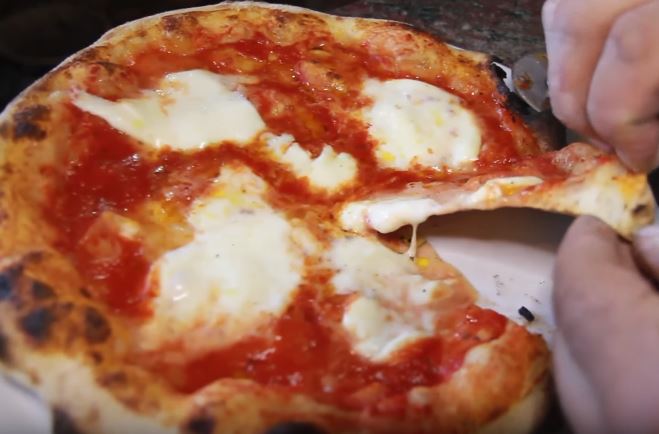 Pizza co’ la Mortaza, is a bologna sandwich and is among the most classic Roman snacks. Pizza Bianca which is a local flatbread is cut open and filled with a few thin slices of mortadella. The sandwich is the top street food in Rome especially when this pizza-cum-sandwich is straight out of the oven and the mortadella melts into the steaming bread it is one of the top food fetishes of any food lover to watch. You can instantly go into serious foodgasm with the smoky cheesy aroma of freshly baked Pizza co’ la Mortaza.

Where to get it: La Gatta Mangiona offers some of the top delicious Pizza co’ la Mortaza in Rome. If you are looking for traditional Jewish street foods in Rome then you must not miss Carciofi Alla Giudia which is basically a deep-fried artichoke usually served upside down and is most commonly associated with Jewish cuisine. These cuisines are some of the best dishes you can enjoy over the narrow mounted streets of Rome especially during the artichoke season which comes around during March in Rome.

Where to get it: Try at Da Enzo, situated at the less touristy place in Trastevere, Rome If you are also a fan of deep-fried fast foods in Rome then you are going to love this dish. Baccala is a famous dish consisting of fried cod fillets that are usually served with chips if it’s a U.K. style restaurant, but authentic Roman-style restaurants prefer to wrap Baccala (salt cod) like a fish cone and eat it on the move. These are crunchy fish snacks that you can grab anytime in Rome perhaps that is why they are pondered among the city’s gold standards. If you can’t have a full slice of pizza while wandering around Rome then you should try this pizza sandwich version of famous street food in Rome. This involves a thick triangular pizza-shaped wedge, stuffed with all manner of delicious fillings. You choose from a wide range of options in your fillings ranging from lamb, artichokes, salt cod, chickpeas, sausage and broccoli.

Where to get it: Try from the eponymous Trapizzino, the joint local chain having an original branch in Testaccio. If you desire to try on some sweet treats on the road in Rome then Maritozzi is the best option. This decadent breakfast bun is everyone’s favourite in the city. A Maritozzi con la Panna is a sort of raisin studded bun which is sliced in half and filled with enough whipped cream to warrant an oozing cream out of the bun. These are must-try street foods in Rome that you should eat once if you also carry a sweet tooth like me.

Where to get it: Try from the renowned bakery titles Regoli Pasticceria at Via Dello Statuto, Rome. Last suggestion but not the least as these mounds of fluffy gelato can be seen in anyone’s hand if you walk over the streets in Rome. Gelato is a delicious Italian version of ice creams having an assortment of bright colours, all festooned with Insta-worthy toppings you can find in Rome. Besides all the popular street foods in Rome, this icecream holds a major difference from regular ones by having higher milk content and no egg yolk along with less air. All the features make this ice cream more thick and creamy.

Where to get it: Local chain Fatamorgana is the best place to try the authentic gelato in Rome. They have even organic gelato in dozens of flavours ranging from black cherry, stracciatella to wine and basil.

In the above mentioned list, we discussed the street food spots in Rome which provide Rome’s best  street food. Hope this article was helpful in finding out the food gems of the city. If you are visiting Rome on vacation then kindly go through our articles which will provide you, more engaging and useful information regarding the best ways to plan your trip. Please like, comment and share your views about this article. If you want more advantages please download our latest Adequate travel app from play store and gain extra discounts on your trip. Best Cities to Visit in Niger | Major Cities in Niger