Having 132-rooms, the White House is the official residence of the president of the United States of America. In 1792, President George Washington chose the site and supervised construction at 1600 Pennsylvania Avenue. James Hoban architects this mansion that was not finished until 1800, so Washington is the only president who never lived in the White House and it is a very strange fact about this most popular monument in Washington DC. In 1814, the British burned the building during the War of 1812. On the first floor, the rooms are for public functions and the second and third floors are used as the residence of the president and first family. The East Room is the most celebrated public room where receptions take place.  The Blue Room, the Red Room, the Green Room are the other public rooms. For formal dinners, the State Dining Room is used to serve. The Jefferson Memorial pays tribute to one of  founding fathers of America and third president, it is just across the Tidal Basin from Martin Luther King, Jr. Memorial. In 1943, it was built and it is constructed of marble and stone, reminiscent of a Roman temple complete with columns, a dome, circular steps, and a circular colonnade. Facing towards the White House, a 19-foot bronze statue of Jefferson stands inside it. The open-air monument contains a letter written by Jefferson and excerpts from the Declaration of Independence. The Jefferson is a definite must-see one of the most visited memorials in Washington DC.

Capitol Building was used to be a place where Congress meets and conducts business and it is located on the east end of the Mall. In 1792, construction of the building started and until it was finished in 1865 its design was modified several times. A 180-foot-high cast-iron dome of the Great Rotunda is the Capitol’s most recognizable feature, the Capitol Building is also a vast artistic treasure house in addition to its historical association. The works of such famous artists as Rembrandt Peale, John Trumbull and Gilbert Stuart are displayed on the walls. With a massive fresco by Constantino Brumidi, the Great Rotunda is decorated. A monorail subway joins the House and Senate wings of this best monument in Washington DC with the Congressional office buildings. To celebrate the 16th president of the United States of America, the Lincoln Memorial was erected in 1922, he was one of the most influential presidents in modern history. This monument is located across the Washington Monument, created by Henry Bacon and Daniel Chester French, it is a very impressive and moving piece. By this memorial serves as a reminder of America’s no-to-distant past of overcoming slavery, President Lincoln’s Emancipation Proclamation is immortalized. This national monument in Washington DC is a don’t miss and majestic sight. Take time to find a spot where MLK spoke, read the addresses, go underneath, sit on the steps and read about the history of the site. Whoever has the opportunity to visit Washington, DC, this memorial is required to visit by all citizens. It serves as a reminder of the bloody, catastrophic cost of war, costing millions of innocent lives in Vietnam (both during and post-war casualties) and tens of thousands of American soldiers, whom many without a choice were forced by the draft. It is divided into three sections: The main Vietnam Veterans Memorial Wall, Three Servicemen Memorial, and the Vietnam Women’s Memorial. We visit this memorial in Washington DC to honor the dead and to avoid repeating these same mistakes again. You’ll also see gifts, medals, notes, cards, flower arrangements, and other things resting against the wall, for posterity at the Museum of American History many of which are preserved. 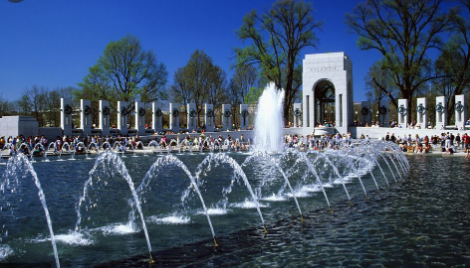 This famous memorial in Washington DC is located right on the National Mall, identified as two arches and 56 columns around the plaza fountain, sitting conveniently in between the Washington Monument and the Lincoln Memorial. The second most after the Soviet Union, over four hundred thousand American lives died, which suffered up to 27 million casualties after fighting the vast majority of Hitler’s legion on the Eastern Front. Those who visit this old monument are moved by its message of commitment, spirit and freedom and its grandeur represented by the 56 pillars surrounding the memorial plaza, each acknowledging the territories and the states that united together during the war effort. 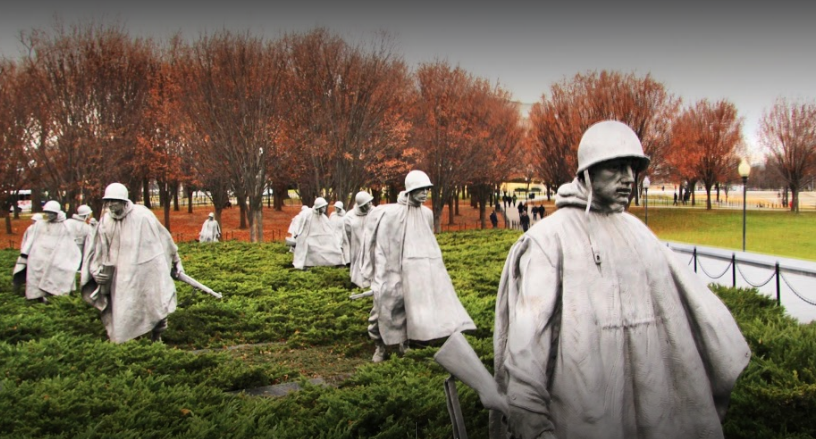 The Korean War Veterans Memorial remembers all of those who lost their lives from 1950 to 1953 when Korea was split into two. It contains conditions of the war and photo-realistic depictions of the soldiers which reflect onto the memorial wall with all the names in an eerie silhouette. With over three million Koreans and one million Chinese, over 50,000 Americans died in the war when a stalemate was reached. The list of monuments in Washington DC and your trip to this city is incomplete without visiting it. This monument has a respectful and quiet whispering to it, whereas the visitor seeks to understand the why/when and more importantly, honor those who valued the freedom of others more than their own well-being and learn the lessons of sacrifice. The place where hundreds of thousands of people gathered to hear his famous “I Have a Dream” speech this iconic monument in Washington DC is located right beside the National Mall and the Martin Luther King, Jr. Memorial was unveiled in 2011, after decades of organizing, fundraising, and construction. Seen as one of the most influential and succinct voices of the Civil Rights Era, the MLK Memorial statue, carved in granite, sits on four acres of the lawn, commemorating the year that the Civil Rights Act of 1964 was enacted. 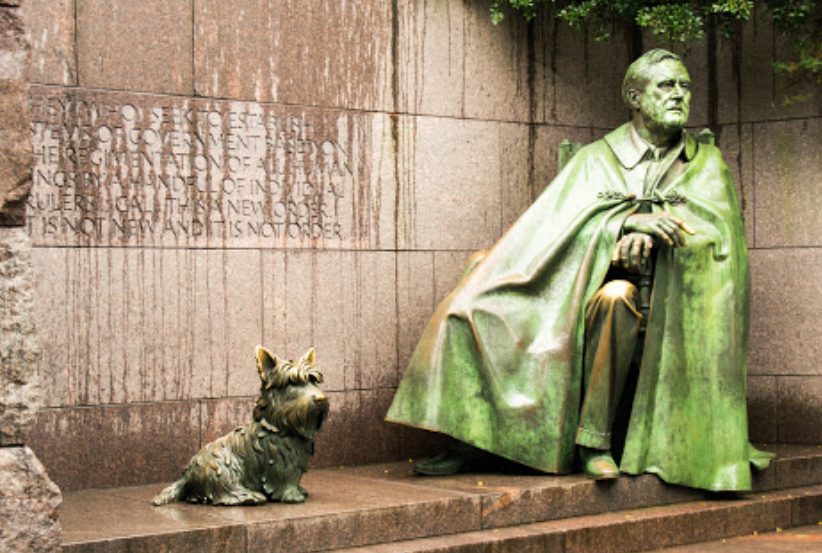 FDR’s memorial is over seven acres total and encompasses four sections, each depicting his four terms as president of the United States. Various sculptures that tell his life as president as well as the climactic history contained in each section surrounding it. This old monument in Washington DC is also handicap accessible for the deaf, blind, and wheelchair-bound, in honor of Roosevelt’s own disability. 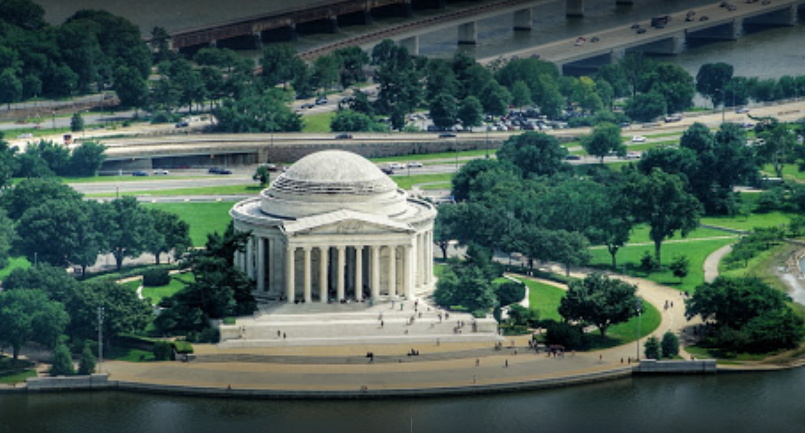 One of the founding fathers of our country, we have chosen the Thomas Jefferson Memorial to showcase all of his contributions and trials as president. The governor of the newly independent Commonwealth of Virginia, author of America’s Declaration of Independence, and the member of the Continental Congress. From 1801 to 1809, Thomas Jefferson finally served as the third President after being George Washington’s Vice President. He went on to become one of the most influential presidents of early America. Now this important monument in Washington DC is listed in UNESCO world heritage sites and lots of tourists come here to pay respect to Thomas Jefferson.