Indonesia, a country with hundreds of cultures, races, and also languages and the fourth most populated country in the world, spanning more than 17 thousand islands. This country has the most famous historical sites in Indonesia. Indonesia is a cultural phenomenon like no other.  However, besides all of that, Indonesia also rich with histories. The history is an important thing in human life, even though we can’t see it again, but we can feel the momentum when visiting the historic places. read all over Indonesia. So before further do, let us jump to know more about the historical place in Indonesia.

The ocean and island that make up this country contain eight UNESCO World Heritage sites as well as many other cultural attractions, making it the perfect destination for travelers. we will discover must-see destinations in this travel guide to the alluring Indonesian archipelago. Borobudur is one of the most popular destinations in Indonesia for tourist. Dates back to the 8th and 9th centuries, during the reign of the Syailendra Dynasty this Buddhist temple was built in Central Java. Javaindah Tours offers a sunrise tour, allowing visitors to come here to see this monument in the optimum light setting, read about the Famous Monuments in South Africa. Monas is a monument that symbolizes the struggle of the Indonesian people. Situated in the center of Merdeka field, as part of which the fields have been used by Soekarno and Hatta as the place to hold a big rally. Monas is famous in Indonesia. Both important people gather people’s power to repel invaders who will come back and seize power from the Indonesian government. You can also enjoy the atmosphere of Monas with the existing wagon ride around the park, on the other hand. This place is always crowded by residents of the capital and the tourist on holidays. Favorite location to jogged on Sunday morning, thus also make this place. This historical site is known as one of the most important sites for studying human fossils and making it a crucial area for understanding human evolution. Sangiran might not be as visually impressive as Borobudur, but the aura surrounding this place is just as powerful, inhabited for over one and a half million years.  The new Sangiran Museum was opened in 2011, displaying these fossils and offering visitors insight into the significance of the site. Maimun Palace was built-in 1888 by a European architect, this palace is dominated by yellow, which is the color of the greatness of the Malay people. Speaking of a royal palace, this building appears to have adapted the Mughal style, an Islamic model of Persian architecture which was popularized by the Mughal Empire in India, through a large, dome-like arch facade.  For those who want to see the buildings that have elements of Malay, Spanish, Indian and Italian, then the Maimun Palace in Medan is a must for you to visit. However, this historic building has uniqueness in terms of building design. It is the most famous historical sites in Indonesia among travelers.

Get Hotel Deals near Maimun Palace Like Borobudur, Prambanan Temple also located in Central Java, Malaysia.  Prambanan temple, popular Monuments of Indonesia is one of the largest Hindu temples in Southeast Asia. This compound holds several towering structures dedicated to the three great Hindu divinities, Shiva, Vishnu, and Brahma, constructed in the 9th century. Great Tours Jogja offers travelers guided tours of both the Prambanan and Borobudur temples, with many years of experience, offering insight into both the Hindu and Buddhist history of Indonesia, visit these Famous Monuments in Germany. During the war between the people of Palembang with the Dutch in 1659 AD, the history of the Great Mosque Palembang starts at that time this mosque burned. This mosque was built by the Sultan of Palembang at that time, Ki Gede Ing Suro. It is located in Kuto Gawang Palace. Precisely in 1738 AD, Sultan Mahmud Badaruddin Jayo Wikramo rebuilds the mosque right at the location of the burning mosque, a few years later. Taman Sari is a former palace garden of Ngayogyakarta Hadiningrat palace.  At the time of Sultan Hamengku Buwono, Taman Sari was built in 1758-1765. Originally stretched from the southwest of the Kedhaton complex to the southeast of the Magangan complex, Taman Sari, which was used effectively between 1765-1812. It has 57 buildings either in the form of bathing pools, suspension bridges, buildings, artificial lakes, artificial islands, underwater tunnels, and water canals. 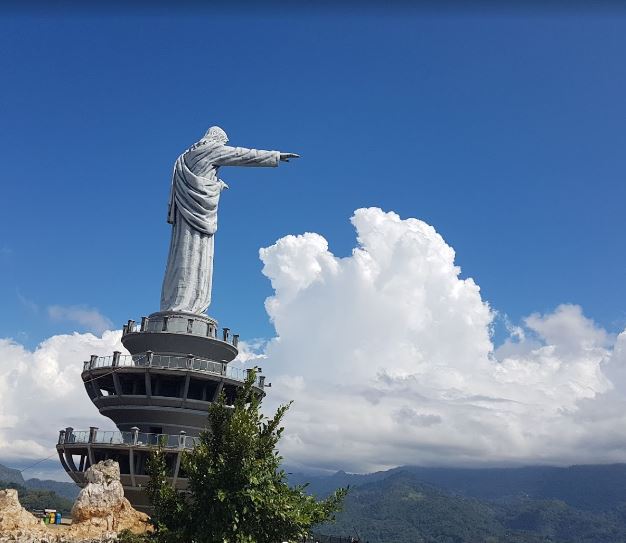 Tana Toraja is situated in South Sulawesi, the natives of Tana Toraja are renowned for their elaborate culture and their funeral rituals, which can last several days, you can read about monuments in Hungary.  When visiting the area, travelers will marvel at the Hongkong traditional houses with boat-shaped roofs. Sulawesi Experience arranges tours of the Tana Toraja region that will educate travelers on the history of the Toraja and how their culture changed after Dutch colonization. Pura Besakih, famous in Indonesia is also known as Mother Temple of Besakih. Pura Besakih is consists of a vast complex of Hindu temples and situated in Bali. The temples are still in use today, and during festivals, throughout the year Pura Besakih sees a surge of both locals and tourists who come to celebrate. Deemed the holiest of all Hindu monuments in Bali, the sanctuary of Pura Penataran Agung also resides within the temple complex. Bali Suta offers an exciting tour itinerary of Pura Besakih, which not only visits the temples but also local wood carving workshops and the beautiful architecture of the nearby Kertha Gosa Pavilion. The great Mosque of Demak, a famous Monuments of Indonesia is one of the oldest Mosques in Indonesia and located in Central Java in Demark, the Great Mosque of Demak reveals another fascinating chapter in Indonesia’s religious history, here you will get Famous Monuments in Austria.  The aesthetics of this vast structure highlight key differences between Indonesian mosques and ones usually found in the Middle East, it was built in the 15th century, as well as the tiered roof that replaces the iconic Islamic domes, such as the wooden material it is made from. Include this stunning mosque, Krakatoa Tours provide travelers with custom tours. Trowulan Archeological Site, Indonesian landmark is located in East Java, the Trowulan Archeological Site has been placed on the tentative UNESCO list.  Travelers can discover historic structures, pools, and temples here, just as many historians have done as they eagerly put together the jigsaw of Indonesia’s history allegedly the old center of the Majapahit Kingdom. Lintang Buana Tours has designed tour packages for this enormous area, highlighting the must-see attractions of Trowulan.