Fresh avocados maybe? Fish tacos and beachy flavors? The Godmother Sandwich? What comes to mind when you think of famous California food to eat?  You might be surprised at which of your favorite foods originated in the Golden State. Some famous restaurants in the California area garnered reputations based on culinary excellence, sheer longevity, or simply a combination of the two factors. While many renowned eateries offer a one-of-a-kind dining experience, others provide multiple franchises scattered throughout the southland. Although Southern California often promotes active lifestyles and healthy eating, some of the region’s most famous restaurants remain fast food joints. Check out our list of food to try in California and where to get them.

What to Eat in California You’ll find delicious classic Italian subs which are typical California food at Bay Cities Italian Deli & Bakery in Santa Monica. Don’t miss the Godmother, a sandwich has so many layers of tantalizing goodness that come together to bring you the ultimate combo you’ll definitely crave for days to come.  Layering slices of Genoa salami, mortadella, capocollo, ham, and prosciutto, followed by provolone, pickles, tomatoes, shaved white onions, delightfully vinegary and spicy celery, and jalapeño salad, with shreds of lettuce, a little mayo & mustard, then topped off with a bit of Italian dressing, can leave one in a very satisfying food coma. 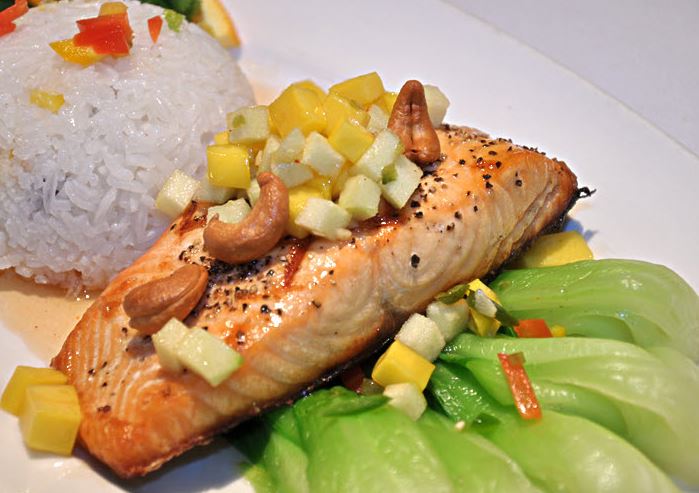 The California burrito is a carb-loaded behemoth, beloved by San Diegans. In its most basic form, it comes stuffed with carne asada and french fries, with guacamole, cheese, sour cream, and other ingredients often added to the mix. Though the notion of putting french fries in a burrito may not sound appealing to everyone, in many ways it optimizes the hybrid that is Cali-Mex food. Despite being dubbed the ‘California famous food,’ it is uniquely local to San Diego, with few renditions sold elsewhere (at least not yet). San Francisco’s Mission burrito filled with rice, beans, and other ingredients à la Chipotle-style is more commonly aligned with what the rest of the U.S. considers a California-style burrito. But in San Diego, rice and beans are deemed an unnecessary filler.

Get: Best Street Foods in California

The style of sourdough bread has been around for centuries, but the California Gold Rush helped boost the bread’s importance in San Francisco after the city cultivated a unique starter that gave the bread it’s sour flavors and denseness that we know today. The microorganisms found in the starter thrive best in the city’s bay area climate. It plays a part in Californian food history, as the miners loved sourdough bread during the Gold Rush, bringing the starter with them as they moved across the state.

Get More: Places to Eat in California 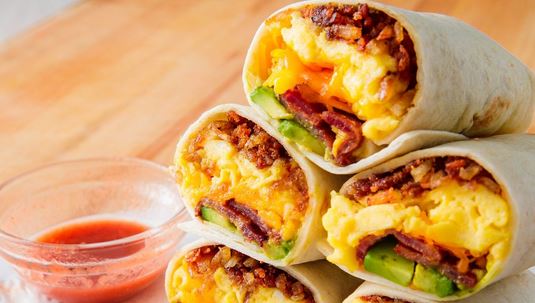 The California burrito is a carb-loaded behemoth, beloved by San Diegans. In its most basic form, it comes stuffed with carne asada and french fries, with guacamole, cheese, sour cream, and other ingredients often added to the mix. Though the notion of putting french fries in a burrito may not sound appealing to everyone, in many ways it optimizes the hybrid that is Cali-Mex food. Despite being dubbed the ‘California famous food,’ it is uniquely local to San Diego, with few renditions sold elsewhere (at least not yet). San Francisco’s Mission burrito filled with rice, beans, and other ingredients à la Chipotle-style is more commonly aligned with what the rest of the U.S. considers a California-style burrito. But in San Diego, rice and beans are deemed an unnecessary filler. 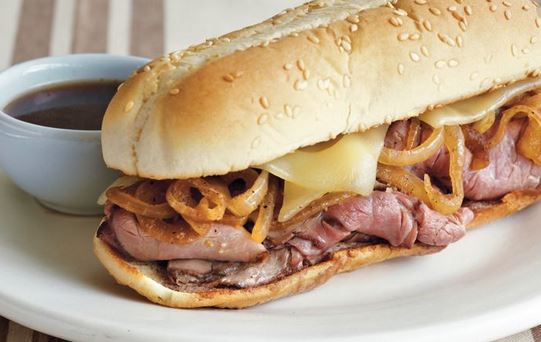 French dip is a Californian sandwich that, despite its name, doesn’t have much to do with France, except for the fact that it is served au jus, a French expression meaning with juice/broth. The sandwich consists of thinly sliced roast beef (alternatively, roast pork, leg of lamb, turkey, or ham), black pepper, mustard, and horseradish on a long white French roll (or a baguette) that has been dipped into pan juices or gravy. Sometimes, Swiss, American, Monterey Jack, or blue cheese is added to further enhance its flavors. The usual accompaniments include coleslaw, potato, and macaroni salad, hard-boiled eggs, sweet or sour pickles, black olives, and yellow chile peppers. 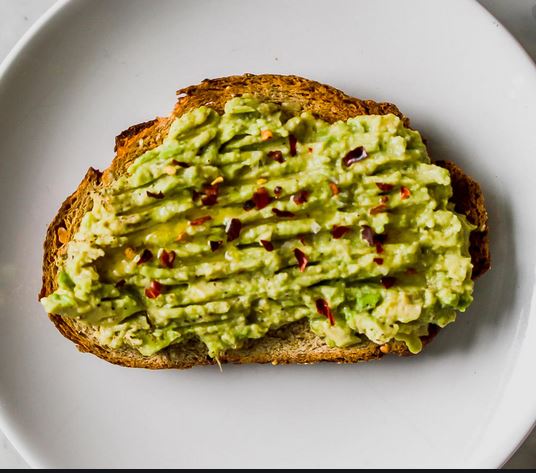 Avocado toast is a dish consisting of a piece of toasted bread topped with a combination of mashed avocados, salt, pepper, and (sometimes) citrus juice. There are many varieties of this Californian dish, so it can be enriched with ingredients such as salmon, tomatoes, onions, eggs, garlic, cheese, olive oil, or red pepper flakes. Although the dish is quite simple and straightforward, the location of its origin is not some claim that it is an Australian invention, while others proclaim that Los Angeles is the place where it was born. Regardless of its origin, avocado toast started its modern-day revival on Instagram, and it has been trending across the globe ever since. 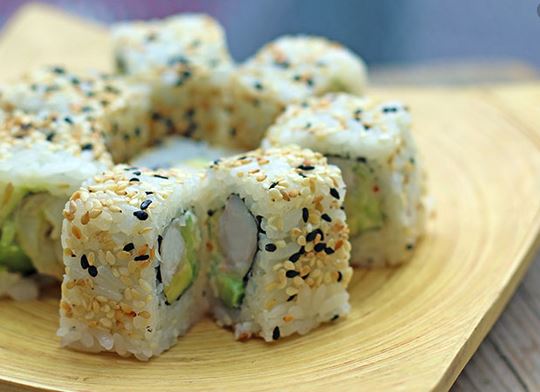 Uramaki, famous Californian cuisine, or upside-down sushi is a unique sushi variety that has its origins disputed between Los Angeles and Vancouver, although most people claim that it was invented in California in the 1960s by a Japanese chef named Ichiro Mashita. This sushi roll is prepared with sushi rice, nori, crab or surimi, avocado, and cucumber. It differs from other sushi types because the rice is on the exterior, wrapped around nori seaweed that is in the inner part, and surrounds the filling. Uramaki is often rolled in roasted sesame seeds. It’s recommended to serve this unusual delicacy with soy sauce, gari (pickled ginger), and wasabi on the side. The origin of the westernized fortune cookie is vague, but it is believed that it primarily appeared in California at the beginning of the 20th century. This food to eat in California is still disputed whether it was invented in Los Angeles by a Chinese immigrant David Jung, the founder of the Hong Kong Noodle Company, or in San Francisco by a native Japanese Makoto Hagiwara, a gardener who designed the Japanese Tea Garden. Fortune cookies are rolled in flat, perfectly round shapes, then baked. Before they are folded, when they are still hot and pliable, the written fortune is nestled inside the cookie. As they cool, the fortune cookies harden and achieve their distinctively crunchy texture.  They are closely associated with o-mikuji, the Japanese tradition of placing fortunes at Buddhist and Shinto temples and are somewhat similar to Japanese cookies tsujiura senbei, which are slightly larger and darker in color. 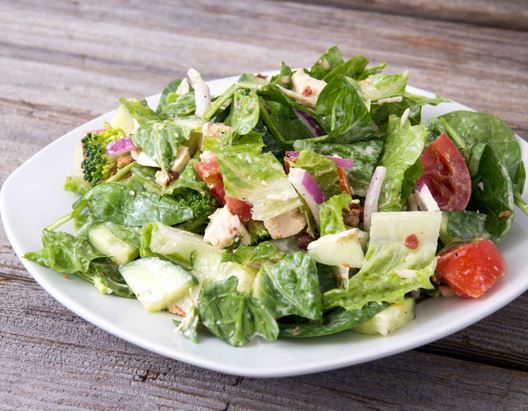 If you are still confused about what to eat in California, here is Ranch for you. It is a salad dressing or a dip consisting of buttermilk, salt, garlic, onion, herbs (such as dill, parsley, and chives), and spices (such as mustard seed, black pepper, and paprika) mixed into a mayonnaise-based sauce. Today, it is the number one salad dressing in the United States, but it was invented a long time ago, in 1954 by Gayle and Steve Henson on their ranch near Santa Barbara in California. The ranch was opened for visitors, who loved the flavors of their homemade salad dressing, which was named Ranch, shortly after that it became the only dressing to ever be served at the ranch. The dressing gained huge popularity, and in 1972, the Hensons sold their brand to the Clorox Company for $8 million. Cheeseburger is a natural update of a hamburger. The difference between the two of them is that the cheeseburger has a slice of cheese added on top of the meat patty. Although American cheese was the original choice, Swiss, Cheddar, and numerous blue cheeses were all used later to make this mouth-watering sandwich. As with most dishes that are extremely popular, the history of the cheeseburger is somewhat complicated. Adding cheese to hamburgers didn’t become popular until the mid-1920s, and there are numerous claims as to who invented the first cheeseburger. The most popular theory by far says that it was invented by a 16-year-old short-order cook named Lionel Clark Sternberger at a restaurant called The Rite Spot in Pasadena, California when he added a slice of American cheese to a sizzling meat patty. 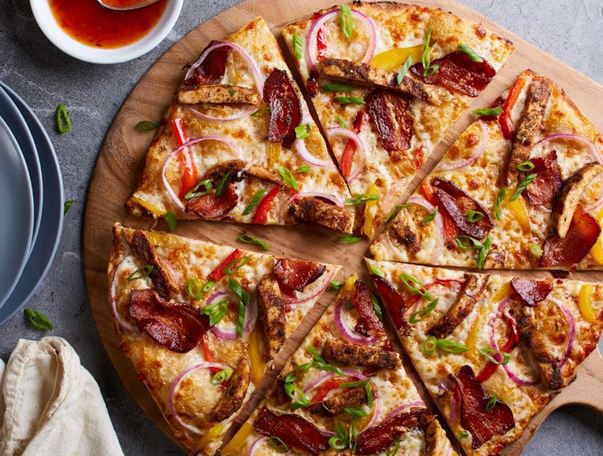 California-style pizza should be paired with beer or white wines, including the sparkling varieties. First invented at the same time in 1980 by Ed LaDou and the chefs at the famous restaurant Chez Panisse, this is characterized by combining New York and Italian thin crust with unique and unusual topping combinations. The crust is light, airy, and tender, while the toppings range from shrimp and asparagus to smoked salmon and other seafood. Some of the other toppings include ingredients such as chicken, peanut sauce, barbecue sauce, goat cheese, and pineapples. 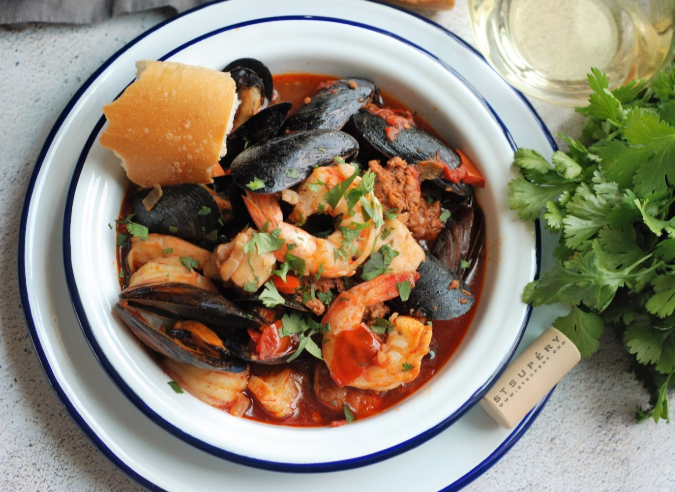 Cioppino is a seafood stew, also created in San Francisco. Italian immigrants came to the city as fishermen, and at the end of the day, they would gather their catch and make a stew out of the chopped-up leftovers. Today, the dish is usually a mixture of Dungeness crab, clams, shrimp, scallops, squid, mussels and various white fish stewed in a red wine broth. The shellfish are left in the shells to add flavor.