Top 10 Most Haunted Places in Mexico You Must Visit

There are hundreds of haunting tales and places that can chill down your spine. Even the most fearless people of Mexico start shivering to hear about these places. Mexico is one of those cities in North America that have countless odd places around the downtown that are often haunted by spirits and ghosts. Although most of the places in Mexico are packed with Hustling and bustling people, as you reach any haunted places in Mexico the aura of the place makes you depict that there is something in the air. Countless buildings within the limits of this amazing city are known to be haunted by some of the other tormented souls who met a tragic end in their life. However, there are few haunted places in Mexico that stand out on our list because even their reference in anyone’s talk makes people shudder with fright. So, if you are brave enough, then explore them in person to know the real story behind these places and confirm whether the rumors are correct or not. 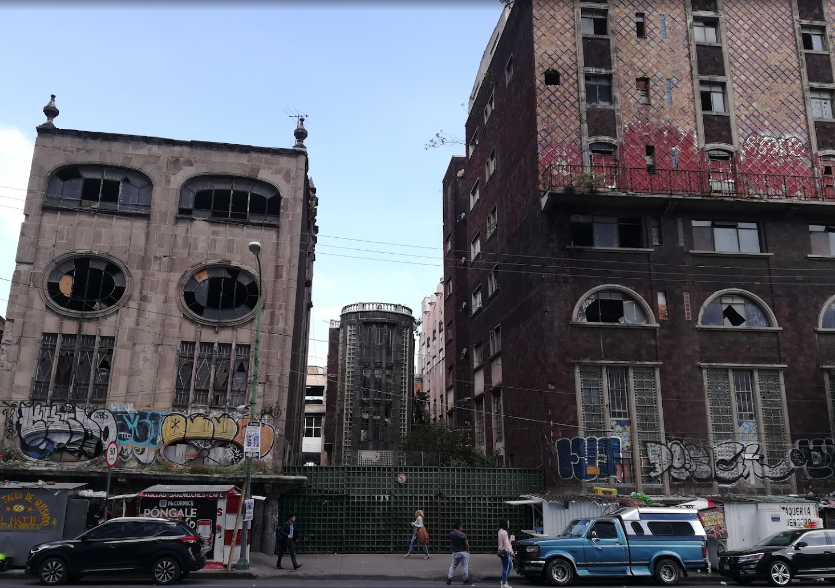 The magnificent structure of Posada del Sol was the business project of Fernando Saldaña Galván who himself died due to insurmountable debts while the construction of this building. Fernando Saldaña Galván dies in the hotel’s courtyard. Moreover, the death of the youngster and the dead body of the young lady add a ghostly feel to this place. We can list this place among the extreme haunted spots in Mexico as there are countless scary stories buried at this place.

Nobody has thought that even a public location in Mexico can be a spot for tortured souls. The Tasqueña Station in Mexico city is listed amongst the haunted places because of an assaulted man.  Well, he is a good spirit and doesn’t want other passengers to face the same assault for which he has lost his life. That is why he keeps on wandering on the station to protect others from the assaulting activities of natives.

Haunted for: A friendly ghost who was assaulted by some people on the station.

3. Island of the Dead Dolls

Island of the Dead Dolls

Nothing can beat the spooky stories associated with various places in Mexico. Every haunted place here has some different story of ghosts and spirits. Similarly, the Island of the Dead Dolls in the channels of Xochimilco stand out amongst the spookiest places to visit in Mexico. I Don’t know whether we put this place among the unique places or in the haunted places but whatever you say the view of the island makes it scary enough to haunt the most fearless person in the city.

The story began from the era when a local lady, Santana Barrera, found the corpse of a little girl on the beach. He hands a doll to the tree to keep the memory of that girl. Later, when the doll is found whispering in the voice of the dead girl, she hangs some more dolls on the tree to appease the spirit of that girl. But in 2001, she herself died the fate of that girl in the same place. Until the death of Santana Barrera, there were already countless dolls hanging on the island.

Haunted for: Millions of dead dolls are hanging around makes the island haunted The House of Mummies is Guanajuato’s Unsurprisingly, comes among the deadliest haunted locations in Mexico. The eccentric museum has rumors that an eerie collection of dead bodies were discovered in the local cemetery. The adverse climatic conditions of Mexico have now converted those dead bodies into mummies. These mummies are now displayed in the mummies museum and look scary from close by. It is also said that these well-preserved mummies are also found speaking roaming and moving in the lobby of the museum.

Haunted for: Eerie collection of Mummies. Casa de las Brujas in Mexico is named as Witches’ House because its roof looks like a Witches’ hat. This house is owned by Barbara Guerrerowho who is reputed to be a witch. People also say that she was a shaman who performed rituals and sadistic healings in the 1960s. Guerrero after her death was claimed to be a fraud and later people used to hear laments, screams, and spooky voices near the house.

Haunted for: Spirit of Guerrero who performs shaman rituals and sadistic healings.

Templo Mayor Ruins is an archeological site in Mexico that is famous for its blood-soaked past. Superstitions of the ancient Aztec civilization list this location among the haunted places in Mexico. Around 4000 people were brutally killed and buried in the Templo Mayor Ruins to please the Aztec Gods. It has been said that the priest cut out the beating hearts from the chest of 4000 living persons and threw the lifeless bodies on the stairs of the Aztec temple. This cruel incident still chills the spine of the people whenever they hear this blood-soaked story of Templo Mayor Ruins. This place has now been opened as a museum and visitors still get strange spooky vibes from this palace.

Haunted for: The spirit of people who were brutally killed to please Aztec Gods still wander in Templo Mayor Ruins 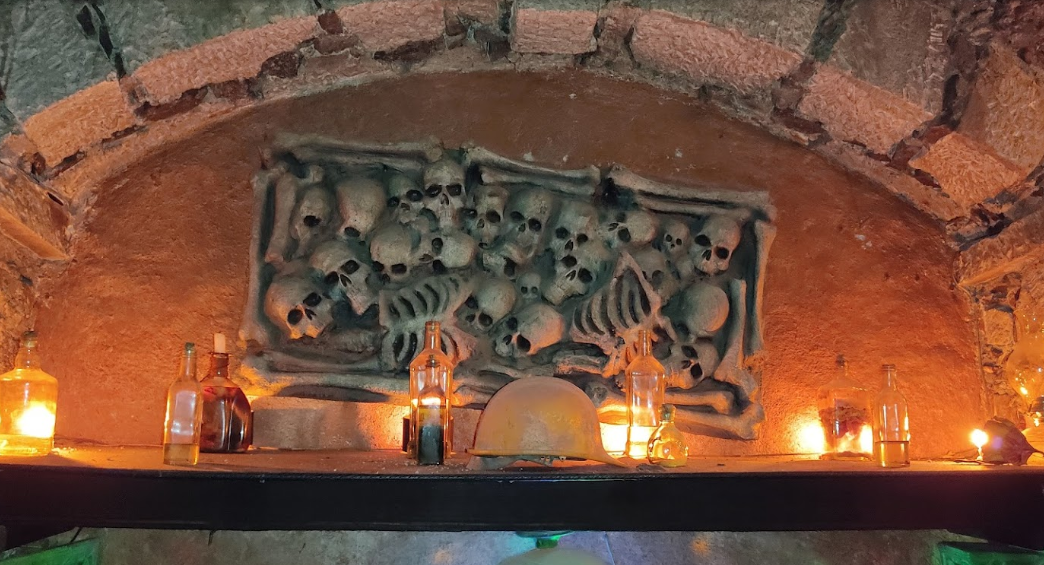 Mexico in North America is full of haunted stories and places. At every corner of the city, you will find some spooky places. House of Laments is one of such haunted places in Mexico that is famous for its spooky and uncanny vibes. The House of Laments was the house of the serial killer, Tadeo Mejía. He has killed so many people through paranormal ways to contact his deceased wife. The story starts when someone killed Mejia’s wife during a home invasion in 1800. Mejia’s wife consulted a witch to advise his husband that he will only be able to talk with his wife if he performs human sacrifices. Later, Mejia himself died while performing a devilish surgery on himself after killing thousands of people to talk with his wife.

Hospicio Cabañas in Mexico City is a marvelously abandoned building of the town. The building well depicts the Guadalajara architecture but also buried a spooky story behind it. We consider the Hospicio Cabañas among the spookiest haunted buildings in Mexico because of the frequent unearthly things happening in this building. Also, the authorities have thought to use these buildings for various purposes but the stories behind this place make all their efforts go in vain. The eeriest story about the Hospicio Cabañas is the large wall clock hanging inside the building when a child lost his or her life in the orphanage. There are many more such sagas of sadness and fear behind this building.

Haunted for: Numerous deaths of children in the orphanage. 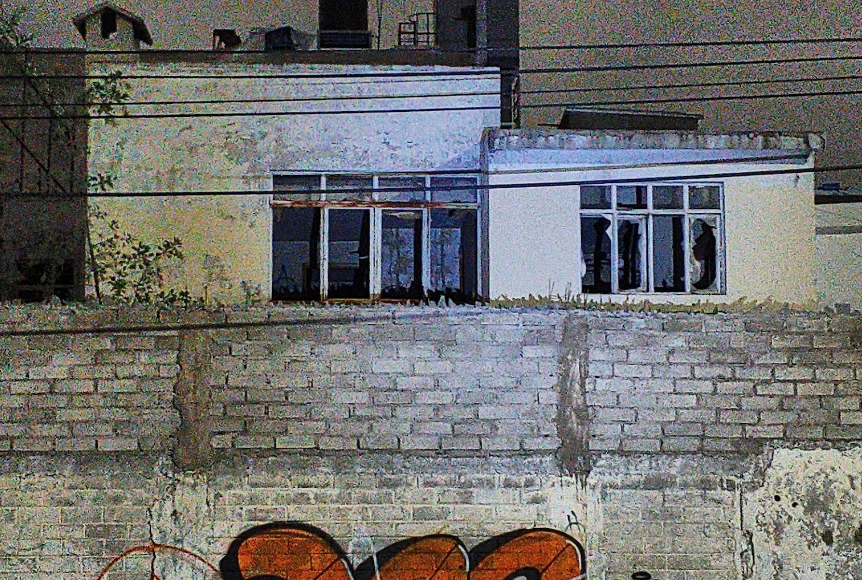 Claudia Mijangos Azrac is a Mexican homicide ex-convict born on 26 May 1956. He was punished in 1990 for filicide her three kids to death. She proclaimed that was obliged by an evil spirit inside her when she filicide her three kids. She was later diagnosed with Schizoaffective disorder and temporal lobe epilepsy due to which she was simply sentenced to 30 years in jail. This was the maximum punishment sentence for such sin in Mexico. According to the neighbors, the spirit of three children still haunts the house.

Haunted for: Committing filicide against her three children.