The Most Unusual and Weird Places in Japan That Exists

As we all know Japan is a cool place to go. But there are also many unusual places in Japan to explore. You’ll have no lack of things to do if you’re looking for a unique adventure in Japan. There are so many places to go from rice paddy art to abandoned theme parks so put a few of these weird Japanese destinations on your bucket list. Japan is full of countless places that inspire and enchant visitors. From historic castles to amazing floral exhibits to the unusual landscapes that seem to be taken from a completely different country, here are some of the most beautiful and not so famous places in Japan that you have to see to believe. If you want to visit Japan but do not want to follow the usual itinerary, Traveler Magazine has gathered for you all the weird places in Japan to visit that not everyone knows, but that is worth seeing at least once in life.

Weird Places to Explore in Japan 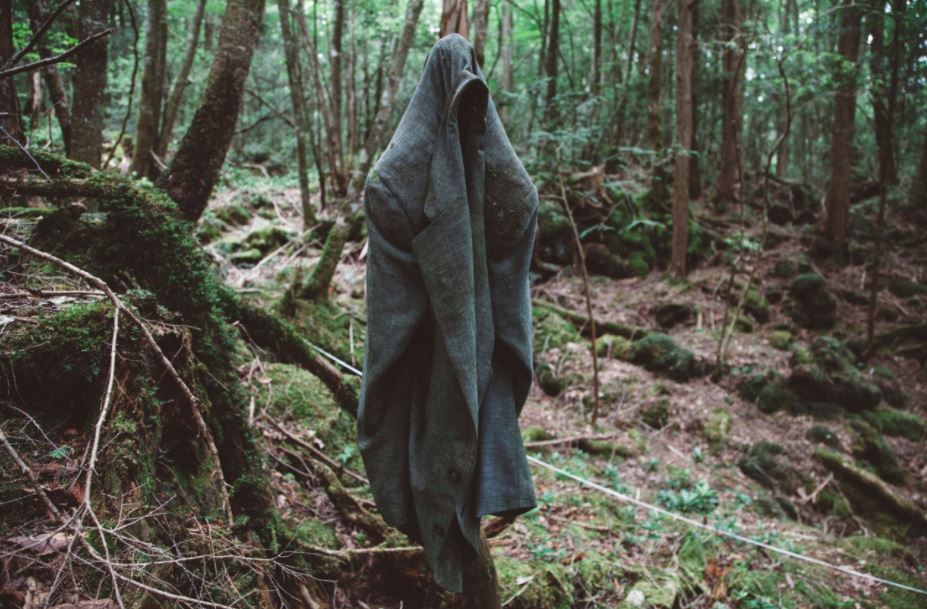 We all know that Japan has one of the highest suicide rates in the world. This country also has a very eerie destination on its coordinates.  Aokigahara Forest at the northwest of Mount Fuji is a place with such a horrific history that many travelers are intrigued to see it for themselves. This one of the weirdest places in Japan is so dense that visitors who dare walk off the marked trails use colored ribbon to mark their way through the labyrinth of trees. If you visit, you will see signs on various paths throughout the forest that offer messages of support to those who might be suffering through their own hardships.

2. Museum Of The Sewerage 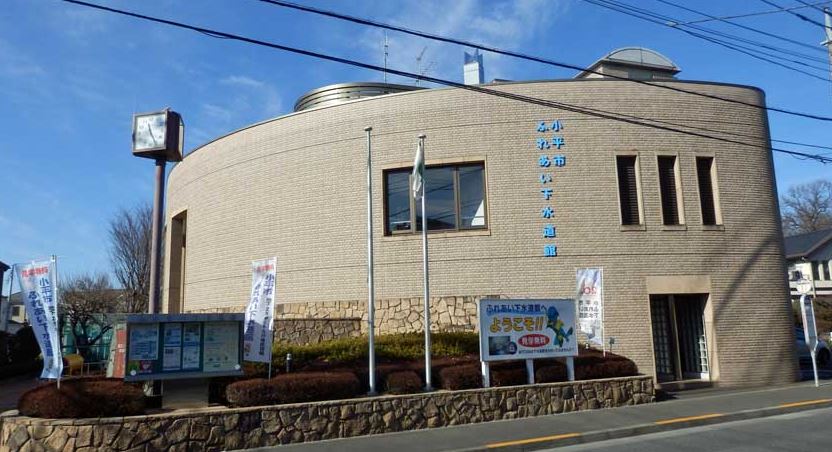 Museum Of The Sewerage

This museum in Tokyo is located mostly underground, also called the Kodaira Sewerage Centre, with only two of its five stories situated above the land; an arrangement quite fitting of its theme. Here you can see what happens to waste material after it goes down the toilet bowl and visit an actual sewerage tunnel 25 meters below ground. This bizarre places to see in Japan is complete with a mini library and a chance to learn about bacteria that help detoxify the waters by observing them through microscopes. From flush to finish, each floor is dedicated to a different aspect of dealing with sewage. 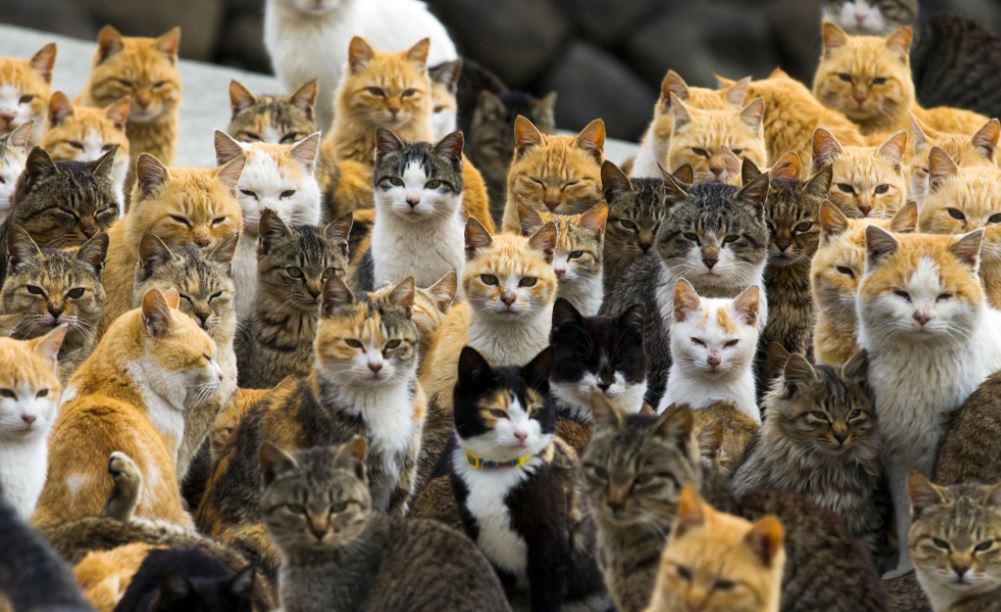 A purely Japanese phenomenon, there are several islands across the country that have the distinction of having higher populations of cats than people. Aoshima Island is the best known of these islands. The 100+ cats easily outnumber the dozen or so people on the island, but there has been a significant increase in tourism over the last few years. These unusual places in Japan have taken notice of the increase in people willing to give them treats and tend to crowd up by the dock to welcome newcomers. 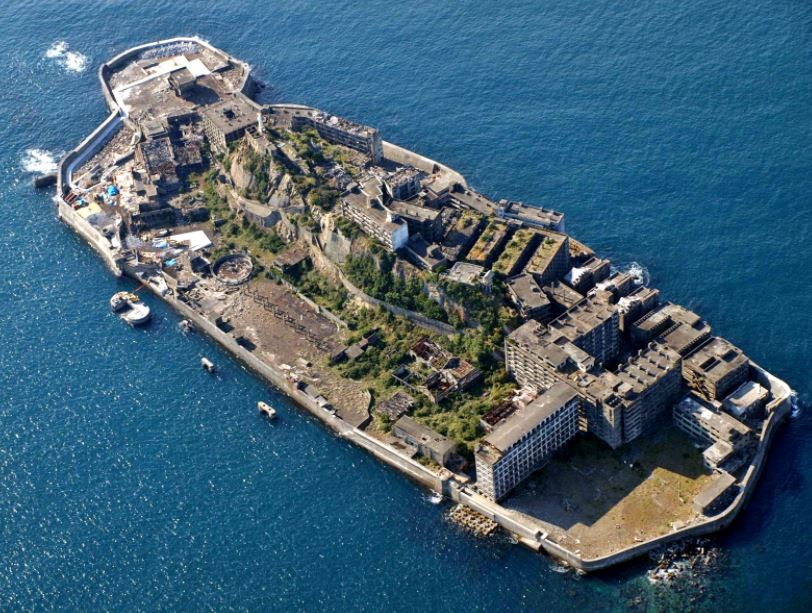 Because its silhouette resembles a large ship, Hashima Island is nicknamed Gunkanjima or Battleship Island. This one of the unusual places to go in Japan used to be bustling inactivity and was even equipped with a school, hospital, and entertainment centers when its coal mines provided much-needed fuel before oil took over as the main energy source. It became a deserted place and was later declared a UNESCO World Heritage Site in 2015 after its closure in 1974. Today, you can enjoy boat tours to the island and disembark there to take pictures of the deteriorating buildings in an awesome, creepy ambiance. You can only go with a tour group such as those from Yamasa Kaiun, Gunkanjima Concierge, or Gunkanjima Cruise for safety reasons. So be sure to check out the schedules and reserve a spot in advance. 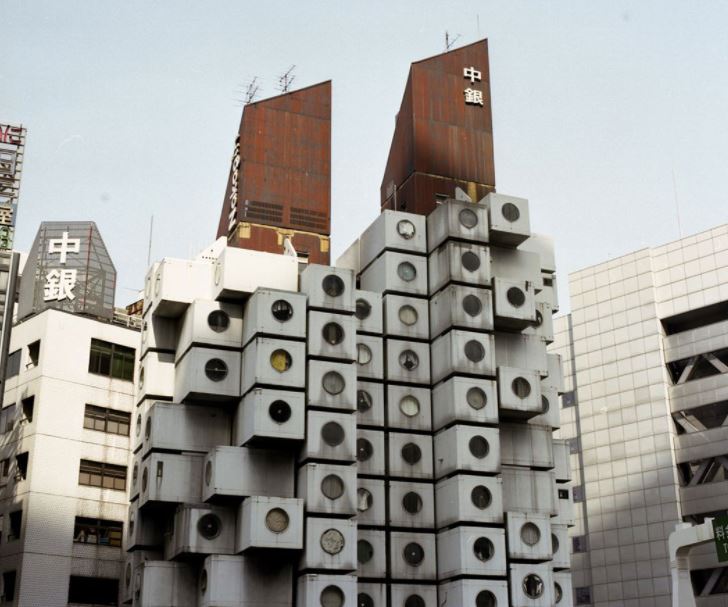 This strange, multi-use tower was designed and built in the early 1970s in Japan’s brief Metabolism period. This is one of the few buildings that was actually designed and built during this time in this style that has survived until today. This weird place in Japan to visit was built in a mere 30 days and the 13 floors hold office spaces and about thirty full apartments.  You can still rent out an apartment in this strange-looking tower from a 1940s sci-fi writer’s vision of 2000 if you’re interested.

Read About: Things to Buy in Tokyo, Japan 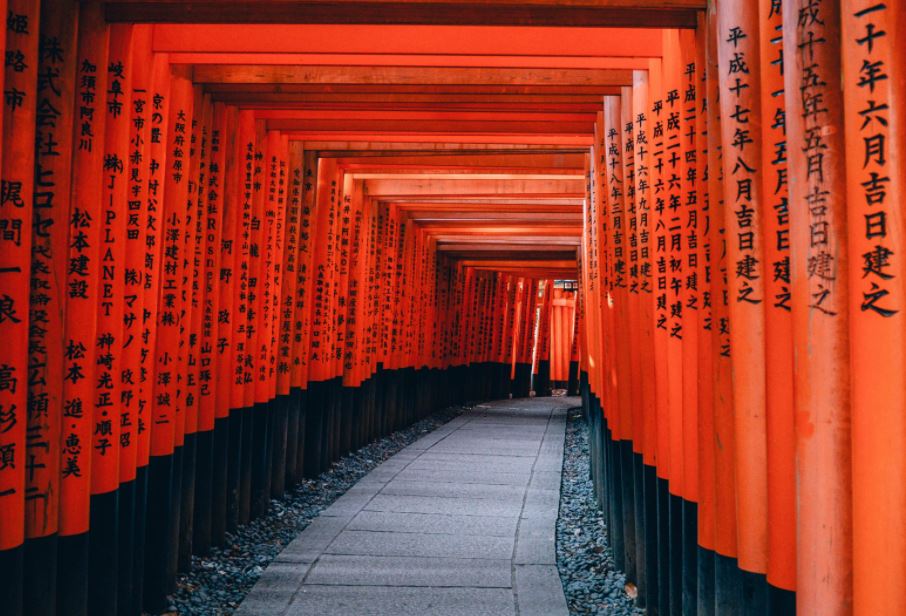 Fushimi-Inari Shrine is one of the most easily recognizable places in Japan. Thanks to their bright orange hue, the 10,000+ Torii gates are easily recognizable. These gates will lead you up the three-kilometer path to the top of the shrine, which is one of the most important and heavily visited in the whole country. In this most unusual place in Japan, there are also a variety of street vendors at the bottom of the shrine that sells some of the best food you will ever have for $3-4. 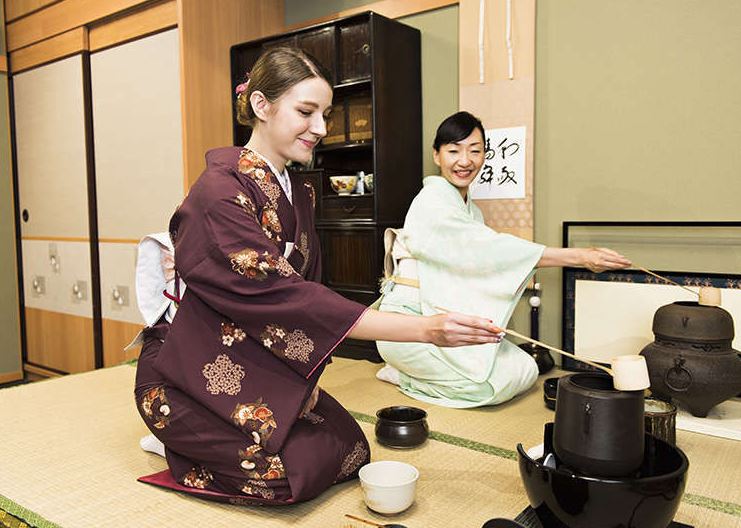 Tea Ceremonies are one of the most essential aspects of Japanese culture to imbibe in while in the country. This is done by an expert who has likely been doing this all of their life and it is an immense pleasure to see someone in their element like this. The process is so meticulous, so exact, that it becomes a mesmerizing experience. This bizarre unusual place in Japan is an experience that you absolutely will not get anywhere else in the world. 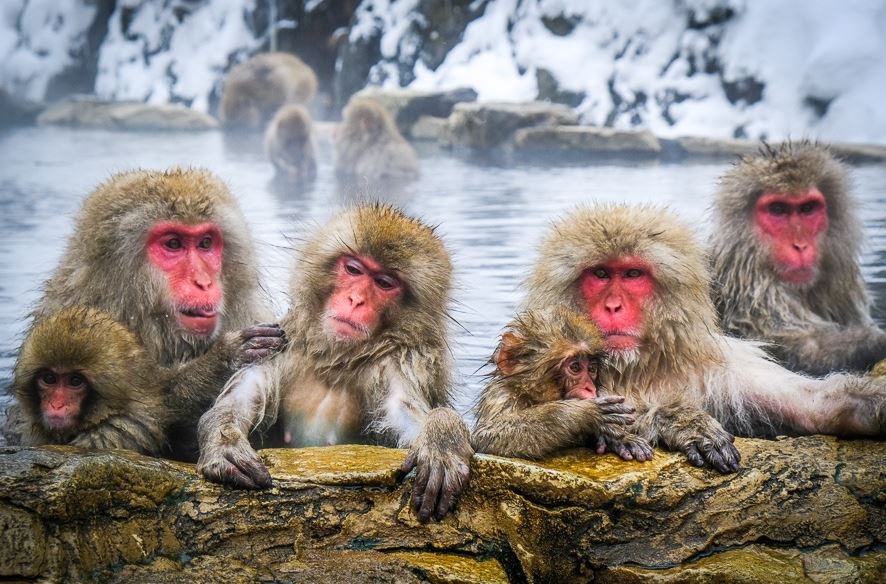 The Joshinetsu Kogen National Park is covered in dark, cold forests and sits in the Yokoyu River Valley. One small section of this strange and unusual places in Japan is well-known for its large population of wild Japanese macaques or snow monkeys that travel here in the colder months to bathe in the onsens (Japanese natural hot springs). The monkeys have recently become protected by the park rangers so they just hang out in the onsens all year now, being fed by the park rangers. 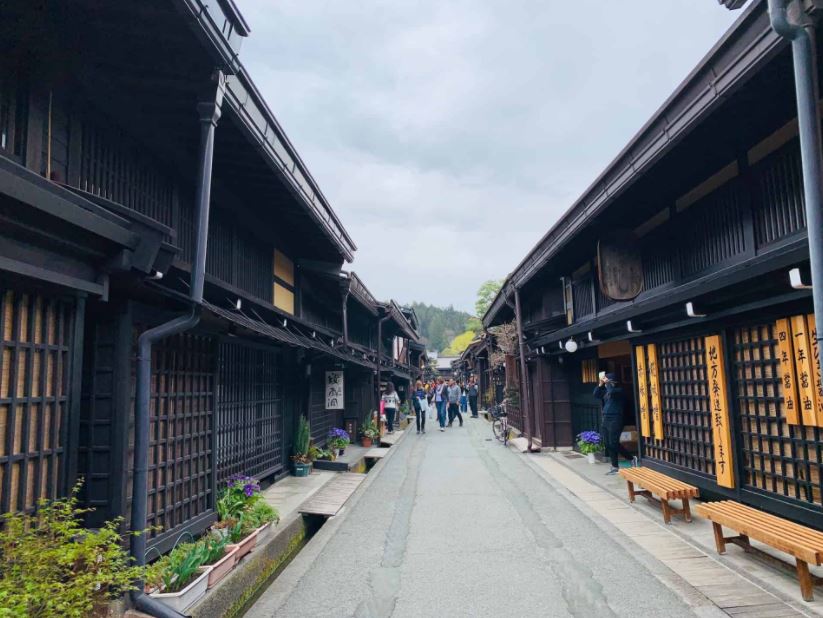 Takayama is a city in central Japan, tucked away in between mountains and forests. The city stayed isolated for much of its history and even today, you’ll need to take a bullet train through rivers and forests to reach the city. Large parts of it are steeped in history and it would certainly be an ideal place to go if you’re interested in exploring nature. This one of the quirkiest places to see in Japan in the form of the city sits at the base of a fairly large mountain with a park on top. 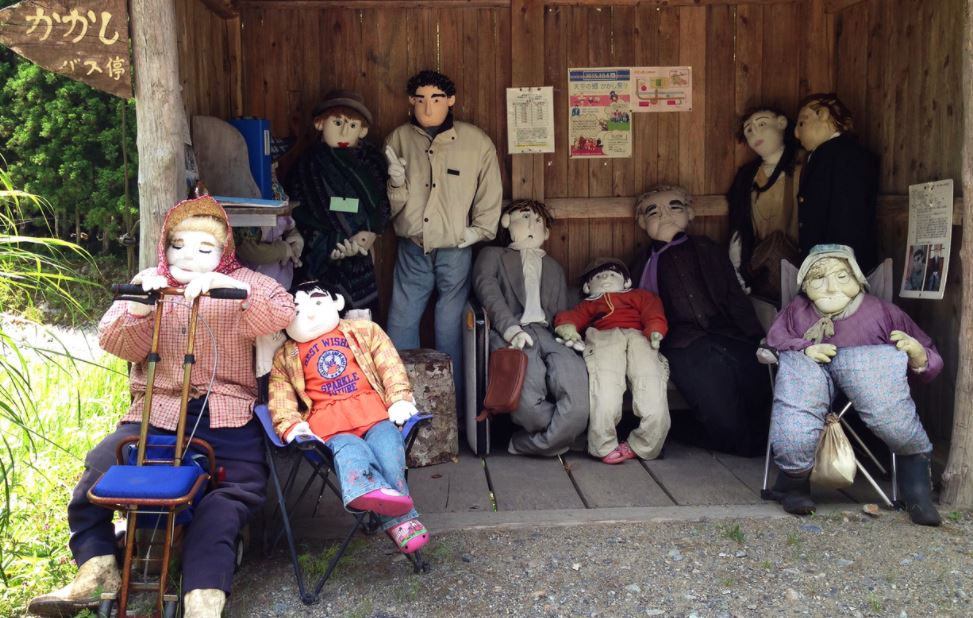 Notable for the 350+ scarecrows across the island, Shikoku Island has become famous for the small village of Nagoro. One woman named Tsukimi Ayano has been spending her days creating these ‘replacements’ for old residents who have either passed away or have moved from the village, now with a population of about 30. This one of the best unusual places to visit in Japan has recently seen a small boom in tourism as a direct result of this new personality trait. 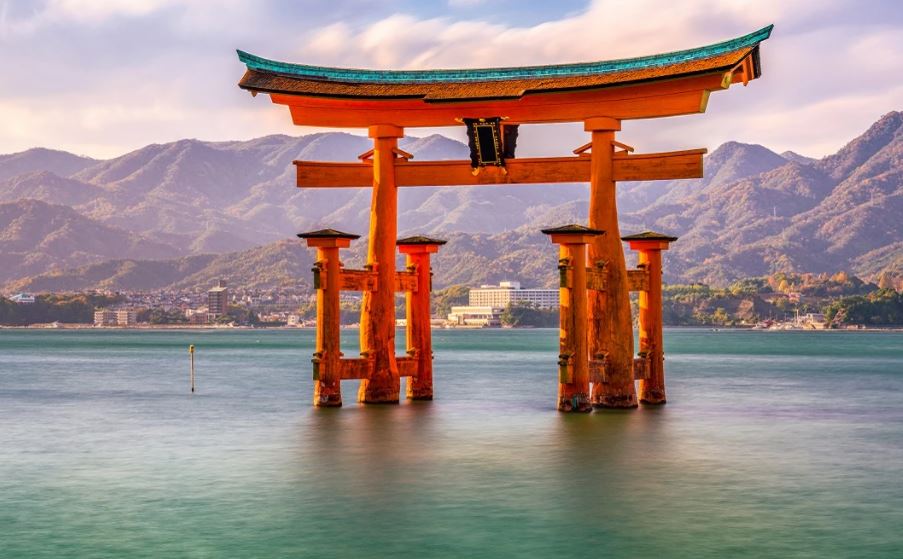 There is a small island a mile off the shore of mainland Japan not too far away from Hiroshima. Miyajima is most famous for the shrine popping out of the water, but this small island has so much more. While there is a small village on the shore, most of the island is an uninhabited forest. There are hundreds of deer across this weirdest unusual place in Japan that coexist peacefully with the residents and walk around the beaches and forests. 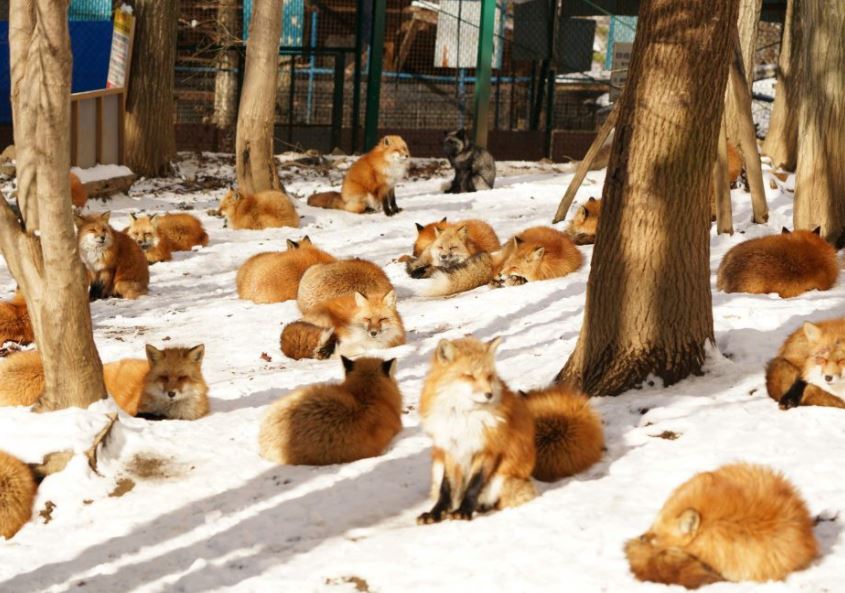 There is a small village that you can enter for about $1, full of foxes in Miyagi prefecture. These adorable but unusual places in Japan to visit have largely been rescued and the Zao Village provides them with sanctuary. Visiting the village, you’ll be able to see these foxes play (and sometimes fight, especially if you feed them). This is certainly one of the weird places on the earth and is my personal favorite of the ‘random adorable animal sanctuaries’ across Japan. 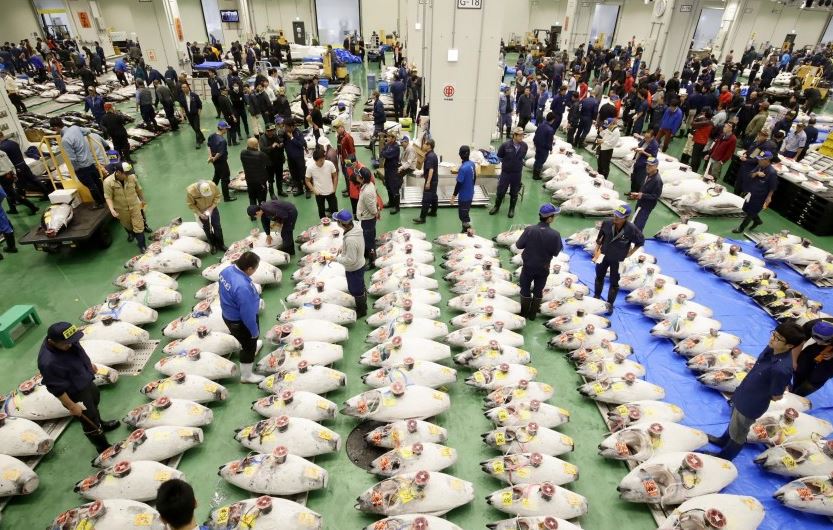 Until its recent closing, Tsukiji Fish Market was one of the most famous places in the food world. The market was moved earlier this year to a new location called Toyosu but is just as massive and structurally necessary for the world’s fish market. According to Bloomberg, there are over $5.4 billion in value that goes through the market every single year, and about $14 million worth of product is sold on a daily basis. This unusual place to see in Japan has been a go-to destination for food tourists for decades. 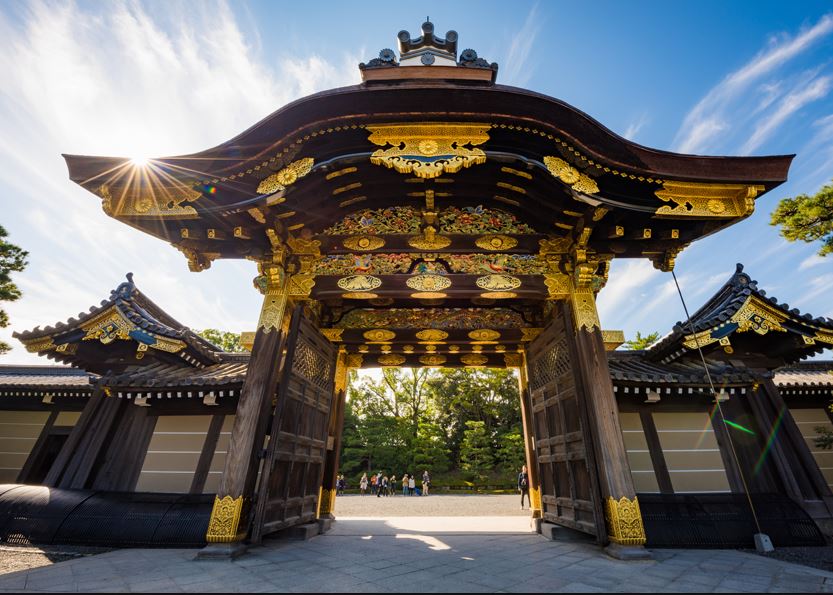 150 years before the United States declared independence from England, Nijō Castle was completed in modern-day Kyoto, Japan. This castle has become a fairly popular historical destination and sits in the middle of Kyoto. This most bizarre places to see in Japan was a fairly famous castle back in the day, largely because of the protective measures that were built into it. The coolest of these is the nightingale floors (that are still there) which are designed to squeak at random, ruining any chance of a ninja sneaking up and ruining your day. 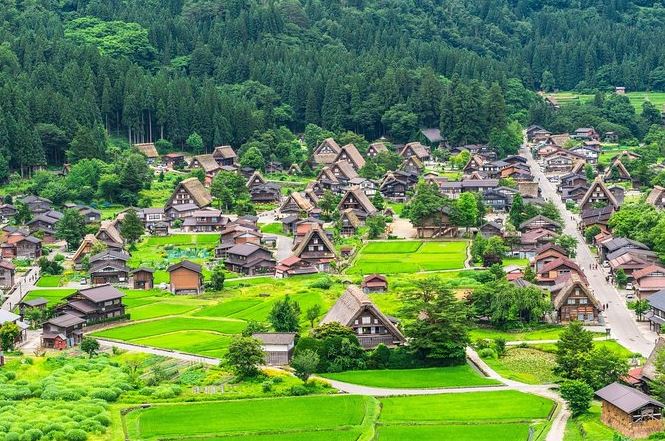 If you want to know what Japan was like 200 years ago, conveniently enough, there’s a place for that! This unique place to see in Japan is just outside of Takayama and is a dedicated place for historical artifacts and looking back towards what life was like in the past. Hida is meant to resemble a standard farming village and is full of activities and folk art surrounding a small lake in the middle of the quiet replica village. 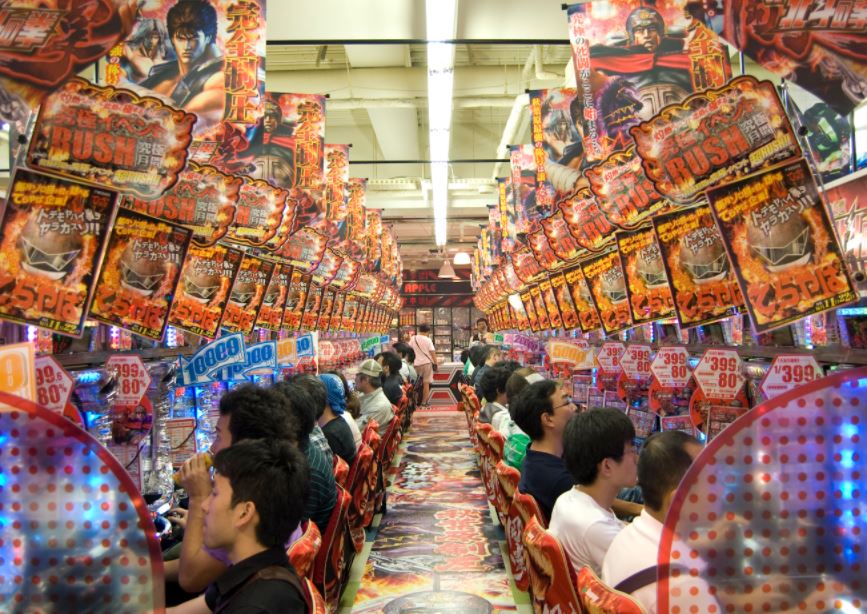 In America, you may have arcades which is pretty much as close to Pachinko Parlors as we can get. An arcade is nothing like a Pachinko Parlor though. These strangest unusual places in Japan are packed with gaming consoles and arcade games and they are extremely popular. Walking around in one, this is pretty much the image you get a bunch of teens and young adults, staring at a screen for hours straight. Time slips by, you forget about food and the outside world. Pachinko Parlors are intensely overwhelming, unlike any arcade you’ve ever seen. 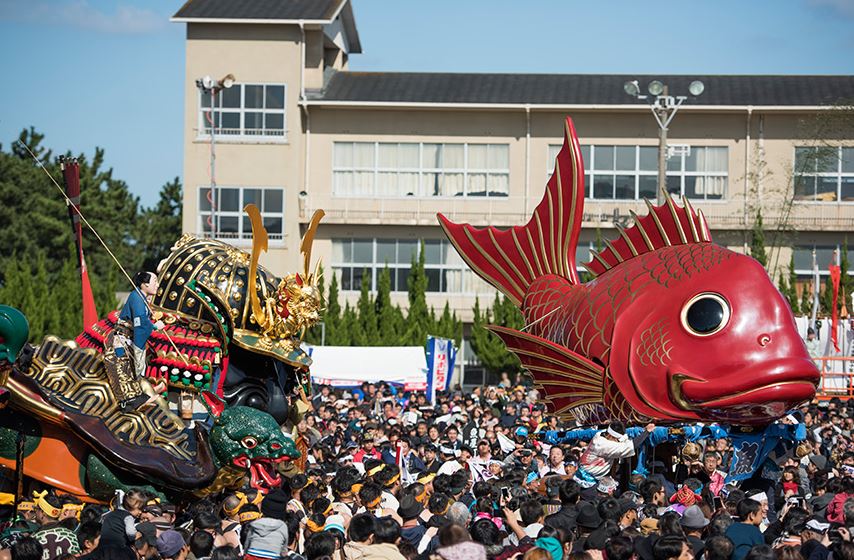 Takayama has been historically well-known across the country for centuries because of the Takayama Matsuri festival held twice a year. This quirky unusual place to visit in Japan designed and built these floats for the ceremonies throughout the years and many have thankfully survived up until today. They now sit in a museum dedicated to the festivals.


We hope this list of unusual places to visit in Japan has inspired you. Enjoy Japan! You might have loved reading this article and if you love to know more about Japan kindly head to our other articles as well which will help you to get knowledge about.