The Unusual and Bizarre Places To See in the Paris

Planning a getaway to Paris? If you’d like to do something a bit different, read on. This guide is full of quirky and unusual places in Paris that you will enjoy! For an authentic and memorable stay in the capital, follow our guide and, above all, do not hesitate to shake old habits! Millions of people visit Paris each year, so you’d be forgiven for assuming there’s no stone left unturned here, no unexpected or quiet places to stumble upon, no oddly charming corners that haven’t been photographed and shared a thousand times over on social media. For all its astounding popularity, the French capital retains any number of mysteries, refusing to be entirely cataloged or pinned down. Here’s your complete guide to unusual places to go in Paris that don’t involve the Eiffel Tower: Anatomical wax models, brains, fetuses, and various specimens preserved for hundreds of years, Musee Dupuytren is a delicacy for the bizarre and curious minds out there. This unusual place to see in Paris was established by Mathieu Orfila in 1835 as the Museum of Pathological Anatomy of the Medicine Faculty of the University of Paris under the legacy of Baron Guillaume Dupuytren, a famous anatomist and celebrated professor of surgery. Ranges between 1836 and 1842 its very first catalog where thousands of specimens from surgical operations were collected and research on unusual diseases also were kept here. 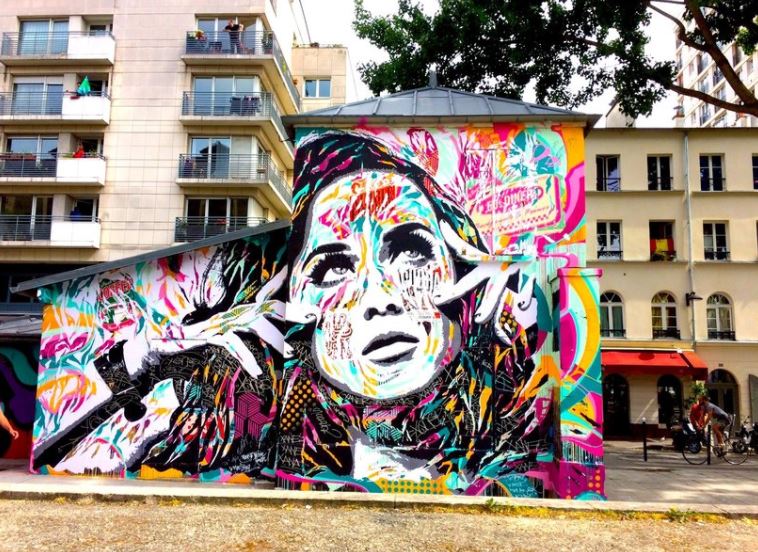 Some walls are entirely dedicated to street art in Paris. That is the case, for example, in Rue Aubervilliers, where you can find the longest mural in Paris. Nearby, graffiti artists flood in Rue de l’Ourcq and on the Ourcq canal quays. The 13th district can be considered as a museum in the open air: south of the district, the Butte-aux-Cailles neighborhood is famous for its alleys covered with graffiti and stencil paintings. You will find here on this unusual place to visit in Paris France enormous murals on the 13th district’s buildings. Street art is also developing in neighboring cities such as the art-committed city Vitry-sur-Seine or along the Saint-Denis canal in Saint-Denis. Are you ready to fight? Discover this original pub, in the heart of the Latin Quarter, in which you can fight with a professional wrestler. There is, indeed, a real wrestling ring in the basement of the Lucha Libre! The Opening hours of this unusual attraction in Paris are Tuesday to Saturday from 5 pm to 2 am.

4. Ghost Station of the Paris Metro Ghost Station of the Paris Metro

The Paris Metro is the most popular and utilized mode of conveyance in Paris. It serves more than 4 million commuters daily, and most likely, it is the location where you would least expect to find a unique spot. On the other hand, behind the bustling noise of the crowd moving to and fro in this public transportation, in its hidden parts lie some stations that have been closed to the public. Most of these stations were closed during World War II, and for years they have been made inaccessible and unused, conferring a sense of mystery. Why is this Strange place in Paris closed to the public? still unknown!

5. Restaurant in The Dark Restaurant in The Dark

This restaurant will shake your connection to food up. The concept of Dans le Noir (“in the darkness”) is to serve customers in pitch-black, therefore, you cannot see what is on your plate, but you will love it anyway. Only blind or visually-impaired people serve in this unusual place in Paris to visit. Menus vary from €45 to €100 and the opening hours are services at 8 pm and 9:45 pm on Mondays and Tuesdays, 6:30 pm, 8:15 pm, and 10:15 pm Fridays to Sundays, 12 am on Saturdays and Sundays.

Suggested: Cafes to Visit Near the Eiffel Tower If you are in the neighborhood of Saint-Germain-des-Prés, don’t hesitate to visit the Maison Deyrolle. This shop/museum is specialized in taxidermy and entomology (i.e. the study and classification of articulated animals and especially insects) and this is where you will discover a sort of cabinet of curiosity with rich collections of insects, shells, stuffed animals and other natural curiosities. Whether you are a collector, a natural science enthusiast, or just a curious visitor, this weird place in Paris to visit in Paris is made to dazzle your eyes. With the unconventional concept, Villa La Roche is a house designed and gives it a dreamlike nature. When you enter this quirky place in Paris, it seems like you are entering a painting at the same time. The house is a true artwork conveying Cubism and Purism. The promenade also leads to the piano into a series of wonderfully crafted illuminated spaces, including walls that open, stairs, ramps, balconies, and contracting and expanding corridors which will give you a dynamic three dimensional grid-like perspective in different angles. The house was owned by Raoul La Roche, a Swiss banker, and collector of “avant-garde” art. It was designed by the famous architect Le Corbusier in collaboration with Pierre Jeanneret in 1923, and now, containing about 8,000 original drawings, studies, and plans by Le Corbusier, it is the current home of the Foundation Le Corbusier. You will get to know the most interesting secrets of Paris that might be hidden under the ground. The catacombs, the former quarry of Paris, have hosted the bones of the Cemetery of the Innocents since the 18th century. Nowadays, about 6 million people rest there. The path of this weirdest place in Paris is about 2 km long. Do not forget to bring your jacket, as the temperature can go down to 14°C (even during the summer)! The admission charge is 11€ to 13€ and the opening hours are Tuesdays to Sundays from 10 am to 8:30 pm. Aside from its more illustrious counterpart cemeteries in other parts of Paris such as Père Lachaise in the East and Montparnasse in the South, Montmartre is less populated which gives you more freedom in roaming the place undisturbed by other people. Built underneath the busy street of Rue Caulaincourt, Montmartre opened in 1825. Montmartre Cemetery is the final resting place of many famous artists, composers, playwrights, actors, and architects.If you wish to visit this weirdest spot in Paris but are afraid to get lost in its maze of tombs and landmarks, there are maps conveniently located inside the front gate with a detailed itinerary of all the most important tombs and landmarks within this beautiful cemetery. You feel like a movie to mix things up?  For a magical session in a calm and creative environment visit Studio 28. This cinema offers regular reviews that will appeal to lovers of good movies wishing to spend a quiet session in a suitable architectural space. A winter garden will welcome you for a cup of tea or coffee while you will enjoy homemade cookies, either before or after the film.

Are you a big fan of horrifying films with mad doctors, serial killers, screaming patients, and scary medical instruments? Strolling inside Le Musée d’Histoire de la Médecine will give you goosebumps while observing the creepy medical stuff it keeps. This bizarre place in Paris is full of old medical instruments (from 18th century – 19th century), medical models like its strange human anatomy model, prosthetic limbs (see the evolution of prosthetics from the 18th century), several accounts about the different types of the “art of surgery” followed until the end of the 19th century, and other medical-related collections. This one’s for you, basketball fans! The nicest basketball field is in Pigalle in the 9th district: the Pigalle Playground. As it is located between two buildings, this field does not have the regulatory measurements, and the rubber floor absorbs the ball’s noises in order to avoid noisy disturbances for the neighbors. The very flashy colors – purple, yellow, and pink – make it a nice place to play basketball. The unique place to see in Paris is loved by photographers (non-professionals and professionals), and it is undoubtedly one of Paris’s Instagrammers’ favorite places! The opening hours are from 10 am to 10 pm 59 Rivoli (in French only) is an artistic community that was created at 59 rue de Rivoli. Ten artists settled in this building to live and have their studio thereafter it was abandoned by a national bank and by public authorities. Today this seven-floor “squat” is absolutely legal and welcomes visitors for free. As for the gallery, about thirty artists present their studios and their works; it offers several exhibitions too. Here in this obscure place in Paris, every genre rubs shoulders with one another: street art, painting, sculpture, and even music! The opening hours are Tuesday to Sunday from 1 pm to 8 pm and the entrance for free of cost.

So far we have discussed the top unusual places in Paris, which contains the proper information regarding all the famous strange places in Paris. I hope you might have loved reading this article and if you love to know more about Paris kindly head to our other articles as well which will help you to get knowledge about.