Now Christmas is about to come, many people planning according to their preferences. On this beautiful occasion, everyone wants to make it memorable than previous year celebration. Hollywood cinema always plays a cinematographic role at Christmas. If you look you will find many Christmas movies or movies on Christmas day. It also feels so nice when you watch a movie on Christmas day and that movies fully explore this festival. Here in this article, we going to suggest some best Christmas movies and I am sure after watching these movies you won’t feel regret. This Christmas movie classics gave us the infamous leg lamp and Red Ryder BB guns and most importantly, It gave a lesson to us to never lick a frozen pole. But we still can’t find a reason why TBS plays A Christmas Story for 24 hours straight every Christmas.

Nearly 30 years have passed since the most-watched Christmas movie Home Alone. This Christmas movie for kids has done a business of $285 million at the box office, but we still love watching 8-year-old Kevin McCallister plot and scheme his way out of a home burglary today. Read More: What to do in Miami for Christmas In this Christmas movie horror, Queen Latifah kills a terminal patient mistakenly diagnosed by a faulty MRI machine. Then the situation gone change a woman who has always played it safe taking her savings and embarking on a European vacation to meet her culinary inspiration killed a man. The problem with all of that is when you don’t have a terminal disease and spend all your money, what comes next? You have to watch. Christmas horror films are their own subgenre (there will be more ahead), using the most wonderful time of year as the backdrop for some ugly, scary business. This 2015 horror-comedy doesn’t always get the scars-to-laughs balance right, but its tale of a squabbling family visited by the demonic spirit of Krampus, a kind of anti-Santa sent to punish the naughty, benefits from a great cast (Toni Collette, Adam Scott, Allison Tolman, David Koechner) and some truly inventive monster designs. Collette heads a family that is not feeling the holidays and winds up falling prey to murderous visitors, including some gingerbread men determined to bite back. In this movie Think The Parent Trap, You will get a surprising Christmas twist. A Chicago baker (Vanessa Hudgens) goes on a trip to Belgravia (an imaginary European town) and discovers that the Prince of Belgradia’s fiancee (also Vanessa Hudgens) looks exactly like her. They switch places for two days and lots of love and Christmas cheer ensues. It’s super cute. In this Christmas movie family, A CEO (Jennifer Aniston) announces that she’s going to shut down her brother’s (TJ Miller) branch, so he and his coworker (Jason Bateman) throw the biggest Christmas party of the year to try and save it. It’s wild and hilarious, but there are still a few moments that will sucker punch you right in the feels. We were all obsessed with this flick as kids…but when you think about it, The Santa Clause is actually dark as hell. Tim Allen plays a divorced dad who accidentally kills Santa Claus and has to take over the role of Santa next Christmas. Excuse me? Who approved this? Whatever, it’s still a perfect movie. Penny Marshall directed this charming remake of the 1947 film The Bishop’s Wife, starring Courtney B. Vance who played the role of preacher, Whitney Houston who also sings on the soundtrack as his wife, and Denzel Washington as an angel brought to Earth to help the family. It is one of the best Christmas movie romantic genres. Between this movie and another one a little higher on the list, Billy Bob Thornton has carved himself a nice space in the seamy-underbelly-of-Christmas subgenre. Holiday cheer provides an ironic backdrop for this overlooked-but-quite-good Harold Ramis thriller, starring Thornton and John Cusack as a pair of seedy characters looking to get the hell out of Wichita after ripping off their boss. In this best Christmas movie for kids,  Suzanne’s world is turned upside-down when her husband Jeff dies unexpectedly just right before Christmas. But things went, even more, worse when she discovers that he had been having an affair with a stripper. Suzanne finds an unlikely friend (if potential bad influence), turning this indie feature into a sweet, sad, and raunchy sex comedy. A Christmas Carol is the best film version of the Dickens classic. The 1951 Alastair Sim picture takes the figgy pudding as the main theme of this film. This movie is enough scary to qualify as a legit ghost story, but also sappy enough to remind you it’s also a Christmas tale of redemption. Bonus points of this movie is the background score of this movie, the sad music to pull tears out of your eyes after watching the whole movie. 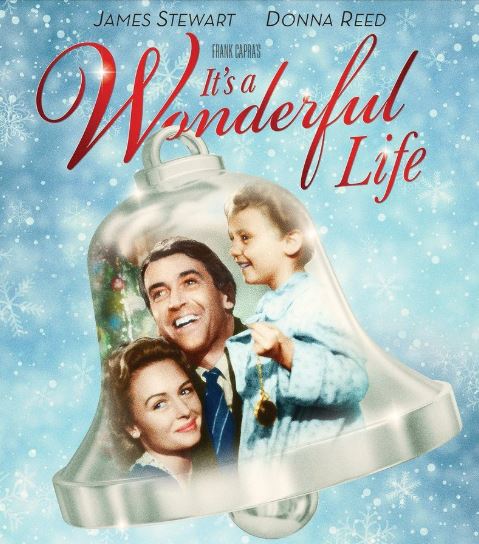 This 1946 Frank Capra film isn’t just one of the best Christmas movies of all time but one of the best movies in general. It’s a Wonderful Life was nominated for six Academy Awards. This movie also ranks on number 11 on the American Film Institute’s original list of the 100 Greatest American Films of All Time.

15. While You Were Sleeping While You Were Sleeping

In this movie, the story follows after a transit token worker Lucy (Sandra Bullock) saves a handsome man named Peter (Peter Gallagher) from the tracks on Christmas Day. it is the best Christmas movie all the time. Then he falls into a coma. His family confuses in an innocent mix-up, Lucy for his fiancée and she ends up spending a chunk of the holidays with the group, which includes the equally handsome brother Jack (Bill Pullman). Jack Frost is the best Christmas movie ever. Michael Keaton appears in a Christmas movie, too, where he plays a man literally named Jack Frost. Jack Frost lived his life as a bitter, aging rocker and meets a tragic end in a car accident on Christmas Day. His son plays a song on his old harmonica and brings him back to life; this time as a snowman, a year later. Although having dad special effects made this one more of a horror film than a heartwarming Christmas movie. In this 2008 movie, Reese Witherspoon and Vince Vaughn play a couple who have to do a grand tour of all four of their divorced parents’ homes. Let’s give Reese Witherspoon some play at Christmastime, binge watch her movie and analyze your childhood. Four Christmases is a famous Christmas movie. Batman returns sounds like an action movie that isn’t really about Christmas despite being set during the holiday season. Tim Burton’s second chance at a Batman series. The film has all of the trimmings of his similarly gothy Christmas tale. This one is violent, dangerous, and sexy when nightmare before Christmas only. We dare you to name a more memorable mistletoe moment on-screen after watching this film. For a more tuneful version of the Dickens tale, there’s this 1970 musical and popular Christmas movie starring Albert Finney as the eponymous miser. Finney holds nothing back as Scrooge, truly living up to the moniker “the Meanest Man in the Whole Wide World” given to him in “Father Christmas,” one of many earworm-y songs written by Willy Wonka & the Chocolate Factory songwriter Leslie Bricusse. Highlights include Alec Guinness as a spooky Jacob Marley and a truly scary Ghost of Christmas Yet to Come. It’s a big, occasionally tacky, but quite a fun take on the familiar story. It’s a somewhat shapeless movie that goes on too long, but it also has an undeniable, nap-friendly, tryptophan-like charm as four beautiful people overcome the ridiculously small hurdles keeping them from getting together in two photogenic environments. With her follow-up to Something’s Gotta Give, Nancy Myers seemingly set out to ask the question, If I cast four actors who really have no business appearing in a soft-edged romantic comedy in my next movie, could I make it work anyway? The answer: kind of? Cameron Diaz and Kate Winslet play, respectively, a tightly wound editor of movie trailers and a British newspaper reporter who decide to swap houses shortly before Christmas. It is one of the best romantic Christmas movies. Bob Hope didn’t so much play characters as variations on the Bob Hope persona, a wisecracking coward with a tendency to get in way over his head then make matters worse for himself. Hope’s not the most obvious fit for a Damon Runyon adaptation, much less a Christmas-themed movie Runyon adaptation with a deep sentimental streak, but their sensibilities end up meshing pretty well anyway in this 1951 comedy.