New York City is the largest and most authoritative American municipality. It is an assemblage of many neighborhoods dispersed among the city’s five boroughs that is Brooklyn Manhattan, the Bronx, Staten Island and Queens each demonstrating its own lifestyle. New York City is famous for many reasons like amazing culture, beautiful architecture, appetizing food and drink, festivals and gorgeous beaches. The city’s community dominance, expanding entire things from Magnificent nightclubs and extensive arts and culture along with places that reflect the history and gorgeous architecture. Here is the complete guide of what makes New York City famous. New York is always a hurricane of things as it is one of the amazing cities in the world with popular spots at every corner and you will definitely never have enough time to see all of them in one go.

New York City is Famous for 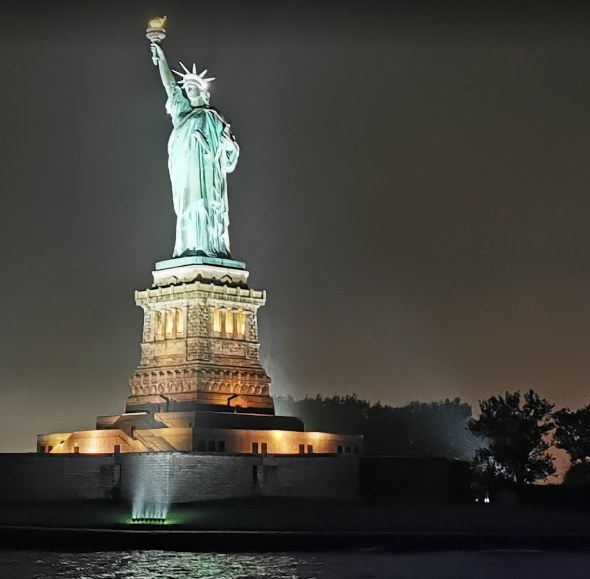 It was Built around 1886 and by then it remained a popular world figure of independence and one of the considerable American icons and for what New York is famous for. So if you are planning a tour to the Statue of Liberty, then you get an additional option to stop at Ellis Island and relish the Immigration Museum. The Statue of  Liberty is one of the world’s largest statues. You can see the statue from land, but in order to get immense pleasure from the trip to liberty, the best thing to do is to hire a boat to Liberty Island and so that you can get a close view of it. The statue was a present from France. It has become one of the most iconic emblems of freedom of the United States of America. The authorized name of the statue is “Liberty Enlightening the World”.The statue symbolizes the freedom and liberty of the USA.

Read More: Romantic Things to do in New York City The museums and galleries in New York are some of the most powerful attractions that draw people’s attention to themselves. The city’s art and culture scene are exceptional. Some of the popular museums and art galleries are The Metropolitan Museum of Art, the American Museum of Natural History and the Whitney Museum of American Art house that offers endless collections and arranges astonishing exhibitions. This beautiful city is a cultural capital of the USA and houses famous museums and is among New York specialties, illustrating an inconceivable spectrum of presentation. One thing that is really important is that the entrance costs are quite high in New York. But, however, most of the museums, offer a night free of cost The culinary of New York City composed of various cuisines familiar to different cultural groups that have invaded the United States through the city. So if you want a taste of classic New York and the food items that framed the current trend in the dining scene you will definitely get the variety of food items Some of them introduced long ago, while some of them were introduced a few years back. Some are quite expensive, while others are cheap and you can get them by spending a few dollars. Bacon, egg & cheese, Porterhouse steak, Braised pork shoulder, Pork bun, Lamb over rice, Arepa de chocolo are some of the popular dishes of the city and for New York City known for food.

Read More: Things to do in New York in Winter Central Park is full of alluring things, from greenfield to spread out waters, gardens and exclusive bridges, music and performance centers, educational means, ancient structures. Central Park has something for everyone, no matter what your age is or what your interests are or in which of the time of the year you choose to visit the central park. Observe and enjoy sights and the surrounding charm of Central Park as you get in, you can definitely tone your body and boost your health. This is the largest park in the city center is one of the things that makes New York a popular, beautiful and livable city. During winter, you can even wear your skates and glide across Wollman Rink and can have the fun of ice skating 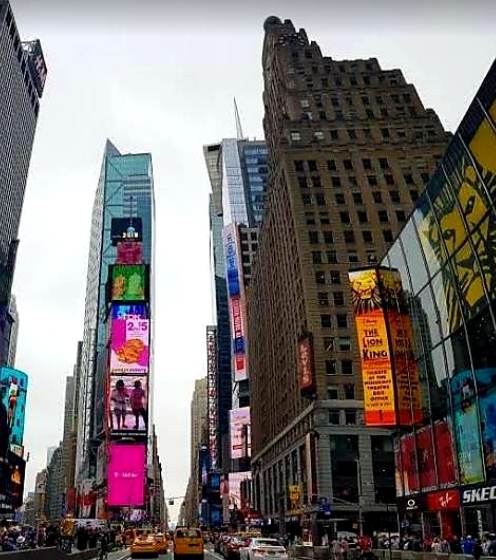 Broadway theater district has brought enchanting hit musicals and typical contemporary dramas to their guests and this is what makes New york Popular? The brilliant lights of the Great White Way appeal to millions of theatergoers. Broadway provides a Times Square experience to everyone visiting that place. This is the spot to see the most recent shows and long-running classic shows. For the most famous shows, tickets should be bought in advance. Broadway usually means Broadway theater, which encloses a large number of theater sites in this crowded District which is popular for its Gourmet restaurants, shopping, and popular sights.

Read More: Things to do in NYC with Kids New York City’s festivals and events draw attention to ample numbers of people all year round. For Lunar New Year which is popularly known as the Chinese new year, the city is going all out with the events and dinners providing classic dancing and performances. Chinese New Year is celebrated every year to lift everyone up with bursting crackers, amazing lion dances, and appetizing food. The city’s streets, parks, and amusement venues are generally filled with revelers relishing a collection of parades and celebrations. Along with the pyrotechnics, there are lion dances and decorations, craft vendors and food booths and with the energy, this festival is celebrated in the city prove Why New York is so popular? The Empire State Building is more than an astonishing view and is one of the reasons why Newyork is so popular to visit. It’s a mesmerizing experience inside a world-popular landmark. It is 381-meter-tall, and this 102-story building was the tallest in the world till the time the World Trade Center tower rose higher. Situated in the center of Midtown Manhattan. Since it opened, the architecture, decorations and open-air observation deck have made it a famous attraction around the world. It took only one year and 45 days to build the Empire State Building and more than seven million man-hours. The Empire State Building is an American artistic symbol and has been featured in more than 300 TV shows and movies.

Read More: Trip to New York for the First Time New York is the world’s best sports city without any doubt. They have well-skilled teams in every game, along with some of the most popular arenas and stadiums. Even if a person is living in small apartments with a busy lifestyle, he will definitely spend his relaxation time playing sports and attending games. This has resulted in an extremely strong sports-based civilization in one of the cities most popular for business and tourism. Almost all of the popular sports like football, hockey, baseball, basketball, and soccer all have their national headquarters within this city Brooklyn Bridge a must-visit place and a reason that makes New York famous for, a suspension bridge stretching over the East River from Brooklyn to Manhattan in New York City. It has been labeled as a National Historic Landmark by the U.S. National Park Service. the Brooklyn Bridge was made around 1869 in the face of extremely high difficulties. It is a must-see place when visiting New York. The bridge was firstly known as the New York and Brooklyn Bridge, and after some time it named the East River Bridge and at last it was named Brooklyn bridge. Inside the infrastructure of the bridge, on the Brooklyn side, the standard plans consisted of a shopping arcade. Stuffed with giant, brightly lit billboards and screens, Times Square is a must place and reasons that make Newyork very popular, It is the best place to go in the evening but still appealing at any time of day. Beaming neon lights and huge digital billboards. Dazzling Broadway marquees. Times Square is any day anytime huge, bright and memorable. Times Square is quite a busy place and endlessly crowded but has its own rare appeal

What is New York famous for is explained here clearly as you can see this, I have been also discussed the best part regarding what makes New York famous. I hope you might have loved reading this article so kindly share your views in the comment section as per the content.