Belize lies in the extreme north of Central America. This country is directly below Mexico. Belize shares its border to the Caribbean Sea is to the east and Guatemala is to the west. Belize is also known as the heart of the ancient Mayan civilization, so there are many historical monuments in Belize tourist can explore. It is a home of more than 2 million Mayan Indians who lived here.  As ancient monuments in Belize, ruins of their cities, temples, and pyramids still exist.  Like Government House and St. John’s Cathedral, In addition, there are also more modern Belizean monuments. Xunantunich is about the 7th century AD old. Major Mayan monuments in Belize, Xunantunich is eight miles west of the town of San Ignacio. With more than 25 temples and palaces, Xunantunich is Mayan for “maiden of the rock.” Six large plazas and a museum make up the site are more attractive. Visitors can drive or walk the scenic one-mile route up a hill to the ticket office or a free ferry takes vehicles across the Mopan River. Caracol was among the most powerful Mayan cities and now one of the famous monuments in Belize. About 52 miles south of San Ignacio, it sits in a remote location on the Vaca Plateau near Guatemala. The historic site lies in Chiquibul Forest Reserve. The main temple is the tallest man-made structure in Belize, about 143 feet high. Visitors can see spectacular views of the jungle, from that height. Caracol is about a two-hour drive from San Ignacio and covers about 65 square miles. In the early 1800s, St. John’s Cathedral was built over an eight-year period. This monument is the oldest Anglican Church in Central America. At the intersection of Regent and Albert streets, it is located in Belize City. From bricks carried as ballast by European sailing shipsSlaves constructed the church. You will see an antique organ and beautiful stained-glass windows inside the building. The four Miskito Indians kings were crowned or baptized in the church and now it is known as one of the national monuments in Belize.

Get: Cities to visit in Belize On the central east coast of Belize, the Baron Bliss Lighthouse is located in the Fort George area. In memory of Henry Edward Ernest Victor Bliss, this old monument in Belize was built. He was a Portuguese baron who died on his yacht with the Belizean coastline insight. He never entered the country, according to the people of Belize. To benefit the people of Belize,  Baron founded a $2 million trust. The trust was used to build the lighthouse and the part of the interest from which marks Baron’s tomb. 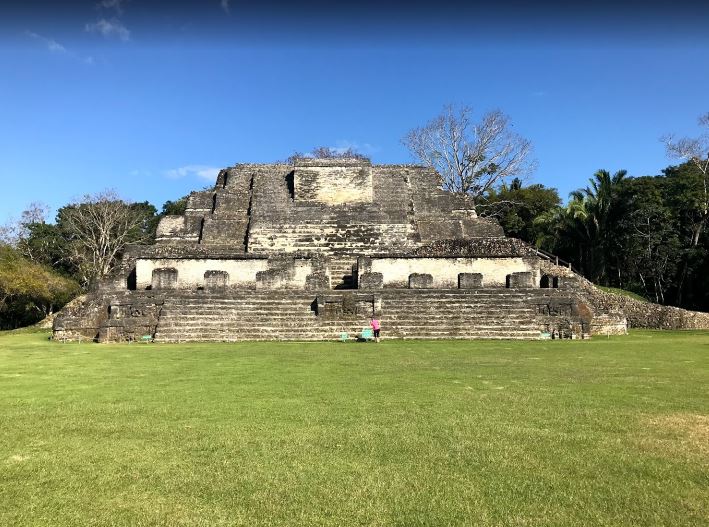 about 6 miles from the shore of the Caribbean Sea, Altun Ha is located 30 miles (50 km) north of Belize City. It was first settled around 250 BC. It was around 100 AD that the construction of the buildings – which can be seen there now was started, something which was to continue throughout the Classic period ending in the 10th century.  Maya translation of Rockstone Pond is the original name of the name Altun Ha. Now it is known as one of the best monuments in Belize. At its height, Altun Ha was a significant trading center with a population of around 10,000 living in and around the city. Lubaantun is located in Toledo District. Flourished in 730 – 890 ADIt is also an important ancient Mayan city. In the site were found numerous miniature ceramic figurines – possible ritual objects, the architecture style is different from other Mayan cities. It is now considered in one of the top monuments in Belize. A beloved artifact of mystics and seekers of preternatural things of the past, here reportedly was found also the famous Crystal Skull.

This one of the natural monuments in Belize lies in Cayo District. With skeletons of sacrificed victims, it is an important Maya sacrifice cave. The sparkling skeleton of a girl and dripstone formations modified by Maya to resemble human faces and animals includes the famous “Crystal Maiden” crystallized. Caves Branch Caves lie in Cayo District. Group of caves with Caves Branch River flowing through them, consisting of three-four segments. Giving altered names to some segments of caves, part of the cave system has been turned into a tourism destination. The famous natural monuments in Belize are Footprint Cave, Waterfall Cave, and Petroglyph Cave. The disappearance of the Caves Branch river underground is an impressive sight. Yucatecan and Mopan Maya meaning “Place of Ticks,” The name Cahal Pech is a combination of it. Due to the surrounding area being used at that time for the grazing of cattle, this name was given to it in the 1950s. Cahal Pech was first settled around 1200 BC located near the town of San Ignacio in the Cayo district of Belize, where during the Late Preclassic period (300 BC – 300 AD) it was to become, one of the most important and popular monuments in Belize. Mayan ruins that date from 2000 B.C in northern Belize, Santa Rita is what remains of Chactemal (modern-day Chetumal, Quintana Roo Mexico). It is counted in one of the beautiful monuments in Belize. After the first European contact in the region, it is an ancient Mayan city that is the genesis of the Mestizo people. Within the boundaries of today’s Mexico and GuatemalaSanta Rita controlled trade routes. Excavations that point to Santa Rita’s coastal importance have revealed fishing net sinkers and other objects.